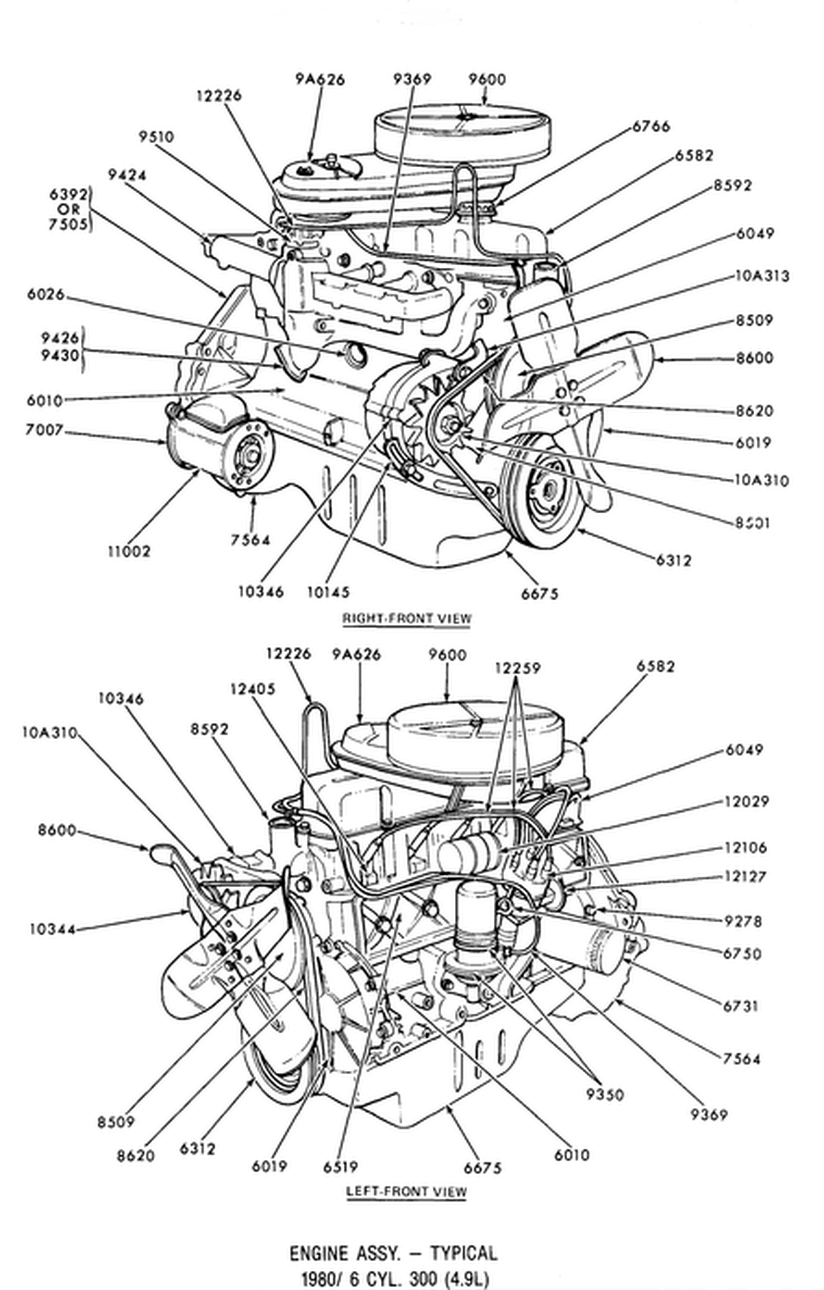 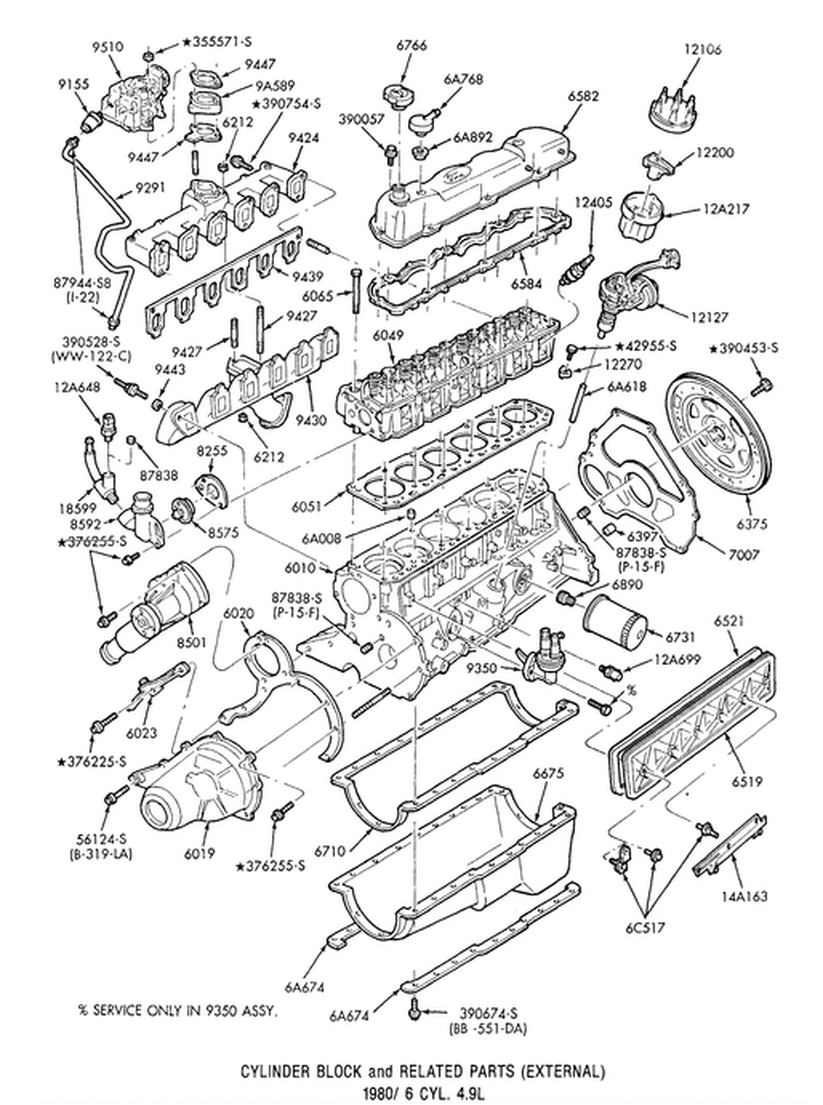 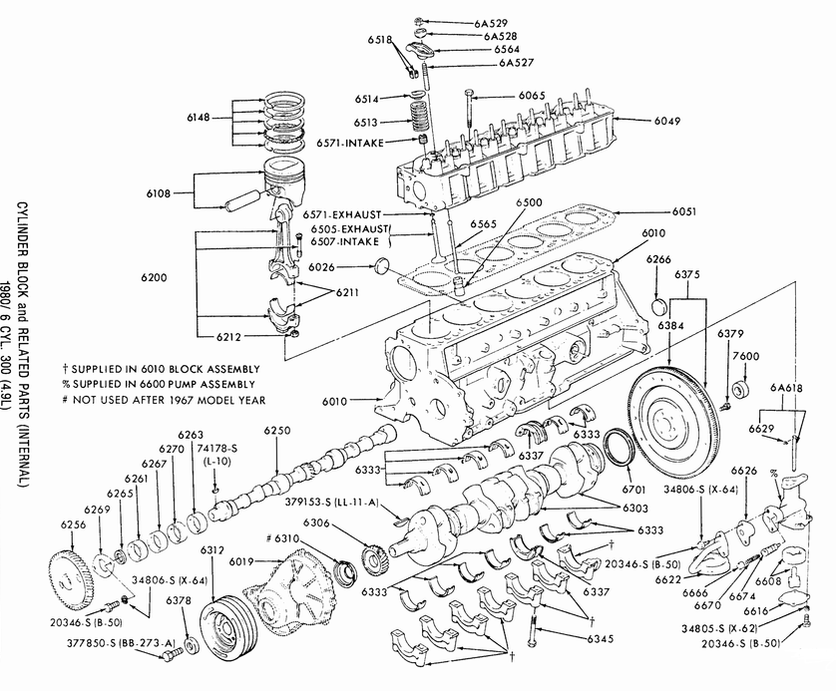 These are the specification sheets from the light truck facts book which Ford gave the dealerships.

Toward the latter I've done some sleuthing: The connecting rods didn't change from 1980 through at least 1989, so the CR changes are elsewhere.

According to the 1994 version of the Master Parts Catalog there were four heads used, as shown below:

WE SHOULD PROBABLY DISREGARD EVERYTHING IN RED, BELOW.  BUT I'M PRESERVING IT FOR THE MOMENT.....
So, what about pistons.  Here's what I can determine from the catalog, along with the compression ratios shown in the yearly dealer fact books, as shown on the Specifications tab.

Given the heads used and the changing pistons it is hard to tell exactly what caused the compression ratio changes, but I'll hazard these guesses:
Today (12/13/18) I climbed up to the microfiche tower and reviewed the 1990 version of the MPC on fiche.  And, there were some significant differences in both the piston and head areas.

On the piston info, I've added the info to the spreadsheet, and I've shown the changes in red.  Note that there's another piston (E4-L) that doesn't even show in the '94 MPC.  And, there was a lot of clarification regarding the other pistons.

And, the info on the heads was different as well.  I added it to the spreadsheet, as shown, but haven't gotten my head around it yet.
Ford used at least two types of spacers for the carburetors - with and without EGR.  The ones with EGR had a hole that allowed exhaust gas to enter the intake, and those w/o EGR had a tab that covered that hole.  Some people are looking for the non-EGR spacer, and there are two known sources, as shown below.  But if you find another please let me know so I can document it.

Here you can see the tab covers the exhaust gas hole, a spacer w/o the hose barb'd vacuum fitting, and one with the vacuum fitting. 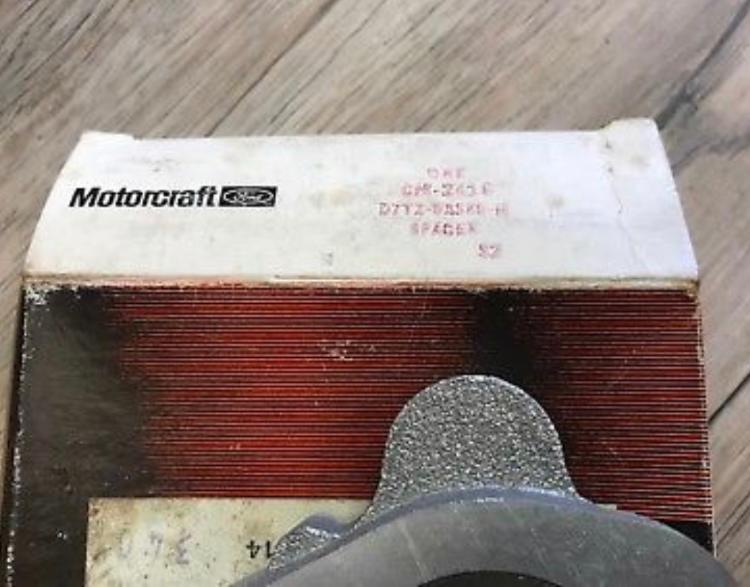 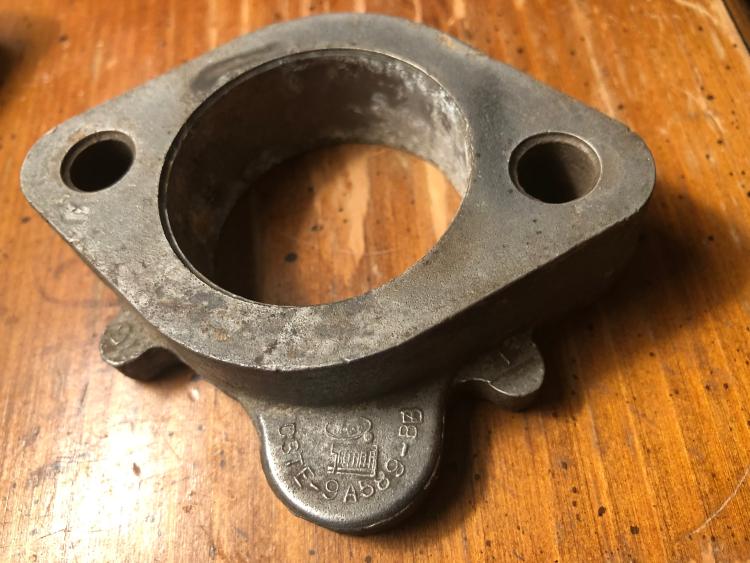 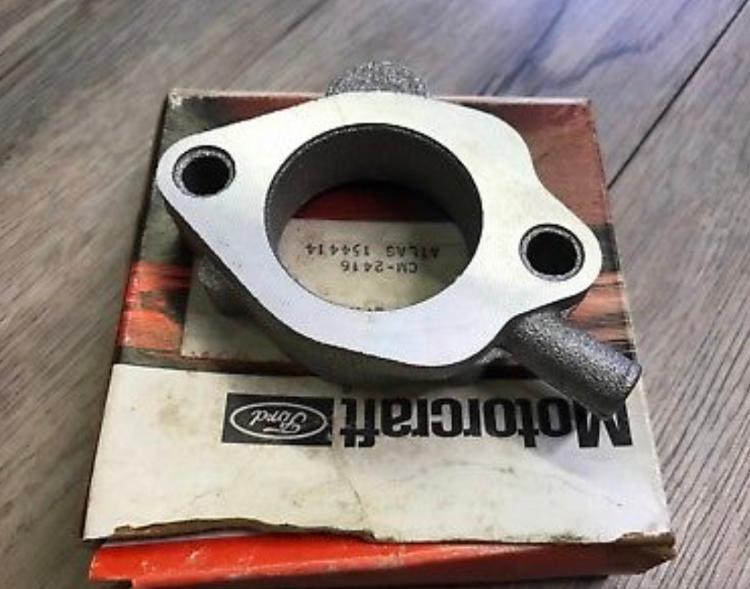