Dad's truck came from the factory with the venerable C6 automatic transmission. That's a robust tranny that was used behind lots of engines bigger than Dad's 351M, and was Ford's recommended transmission for towing. However, the C6's torque converter doesn't lock and the transmission has no overdrive gear, so the engine was spinning almost 3,000 RPM at highway speeds. That made for a noisy and thirsty drive. Given that, I kept my eyes open for a ZF5 on Craigslist, and found one that had been behind a 460. It came with the transfer case, a BW1356, the shift levers for both the transmission and t-case, the 460's clutch/flywheel/pressure plate combo, and even the front driveshaft for $500.

Ford's 385 Series engines, the 429 & 460, share a transmission bolt pattern with the 335 Series engines, meaning the 351M & 400. But, while that means the ZF5 will bolt to the 351M of Dad's truck, it doesn't mean it will work. Turns out that the flywheel for the 351M/400 sets ~1/2" further forward than that of the 429/460. The upshot of that is that the input shaft on the ZF5 just barely touches the pilot bearing, and not enough to make it workable. Further, the splines won't fully engage with the clutch, meaning you won't have a full-strength connection. Given that, I designed a spacer to move the flywheel back to the 460's position, as described in my thread on FTE outlining what I did to mate the ZF5 w/Dad's engine. But, there's now no need to recreate that as Tim Meyer is selling not only the spacer, but a flywheel drilled and tapped to take a 460's clutch.

So, how did it work? Wonderfully! The overdrive cut the engine RPM to about 2,000 at highways speeds, so the noise dropped and the MPG went up. I highly recommend the ZF5 if you like a manual transmission. However, I'm not convinced that buying one off Craigslist is the best way to do that. My transmission's synchro's were shot so shifting had to be done quite slowly. And, there was one spot on the reverse gear where the transmission flat refused to go in gear. So, you made sure you didn't park where you couldn't move forward - otherwise it wasn't going into Reverse.

With those problems I had the transmission rebuilt, costing ~$1,000. Turns out the reverse synchro was broken in half, all the other syncros had to be replaced, the input shaft was bad, and most of the bearings were worn. But, now I have a "new" transmission inside, and with a bit of media-blasting and painting it looks new on the outside. :-)

As for what lube the ZF5 takes, the nameplate calls for a lube that meets the ESP-M2C 166-H specifications. Wikipedia seems to say that Mercon meets those specs, but there is also a Mercon H and a Mercon V, so which is best? Confusing things more, the Motorcraft Chemicals and Lubricants US Catalog says that "Transfer Case Fluid" meets ESP-M2C166-H specs. On the other hand, it goes on to say "Do not use in automatic transmissions, manual transmissions, power take off units (PTU) or fluid couplers." What!? It meets the specs called for on the unit itself, but shouldn't be used in it?

Making things easier, Royal Purple says to use their Synchromax in units that call for a lube that meets those specs, or any manual transmission that calls for ATF. It is a fully-synthetic lube that is said to protect the "soft metals commonly found in manual transmission synchronizers", and since the synchros appear to be a weak point in the ZF5 that is what I will use. 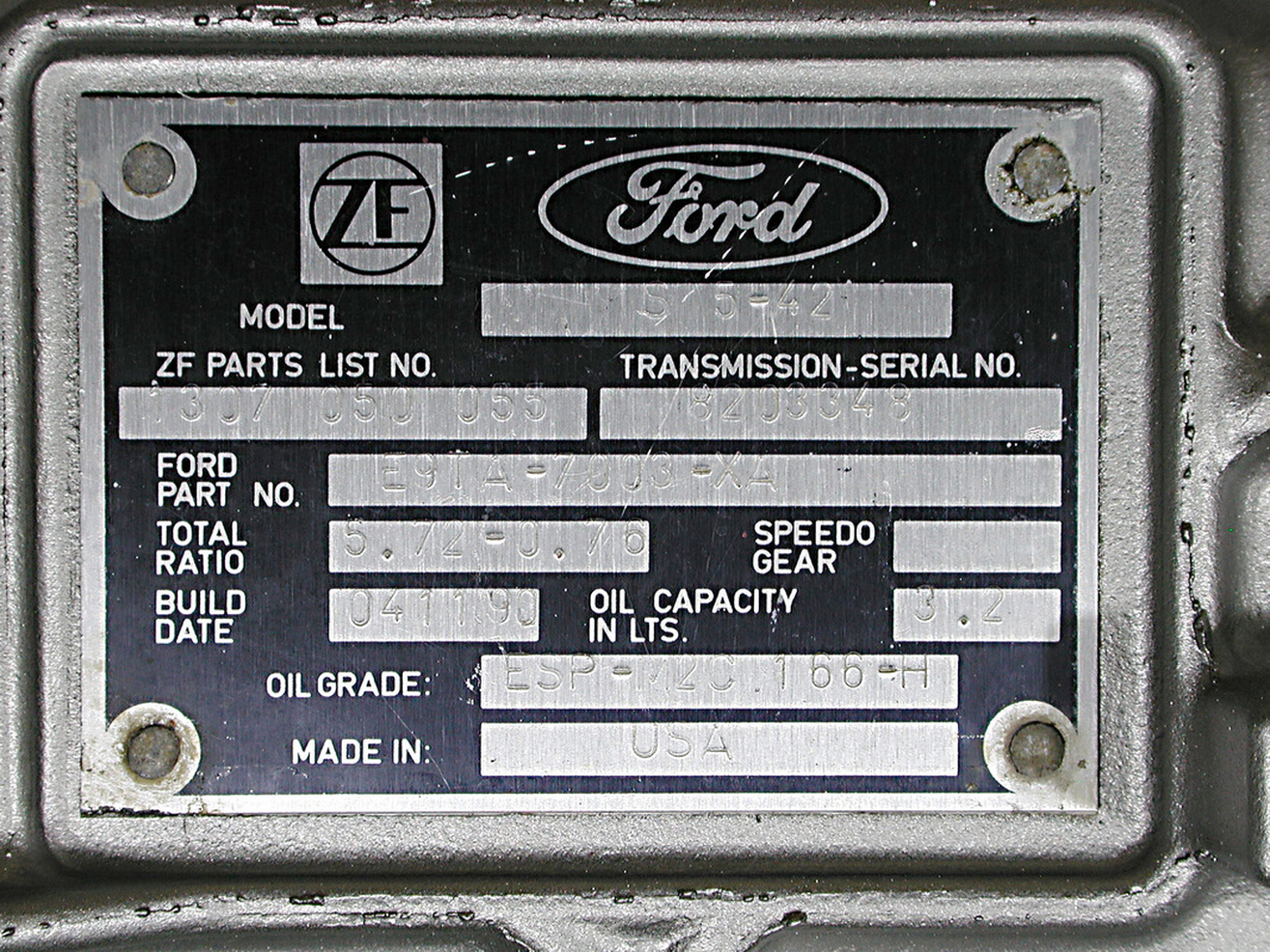 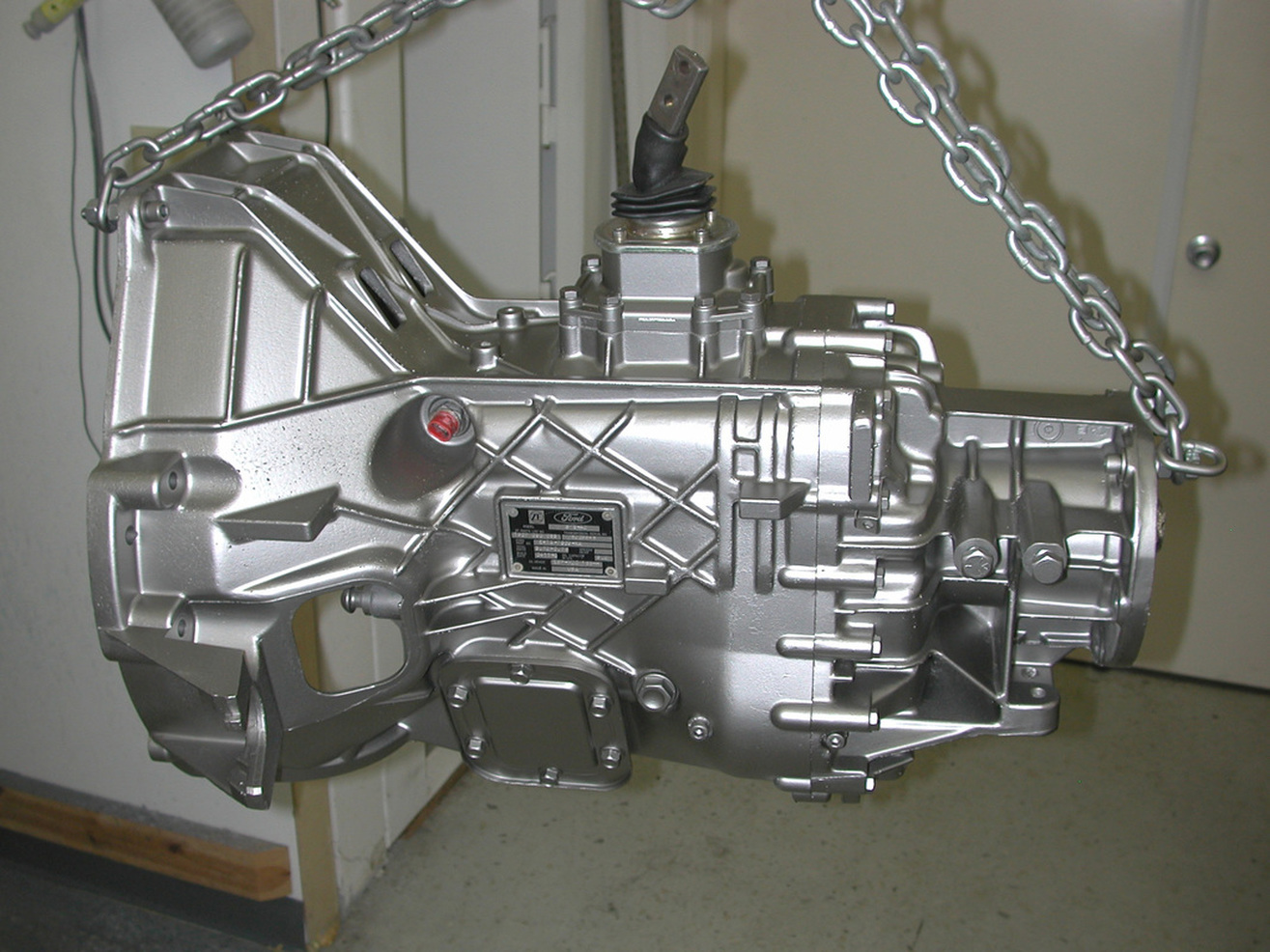 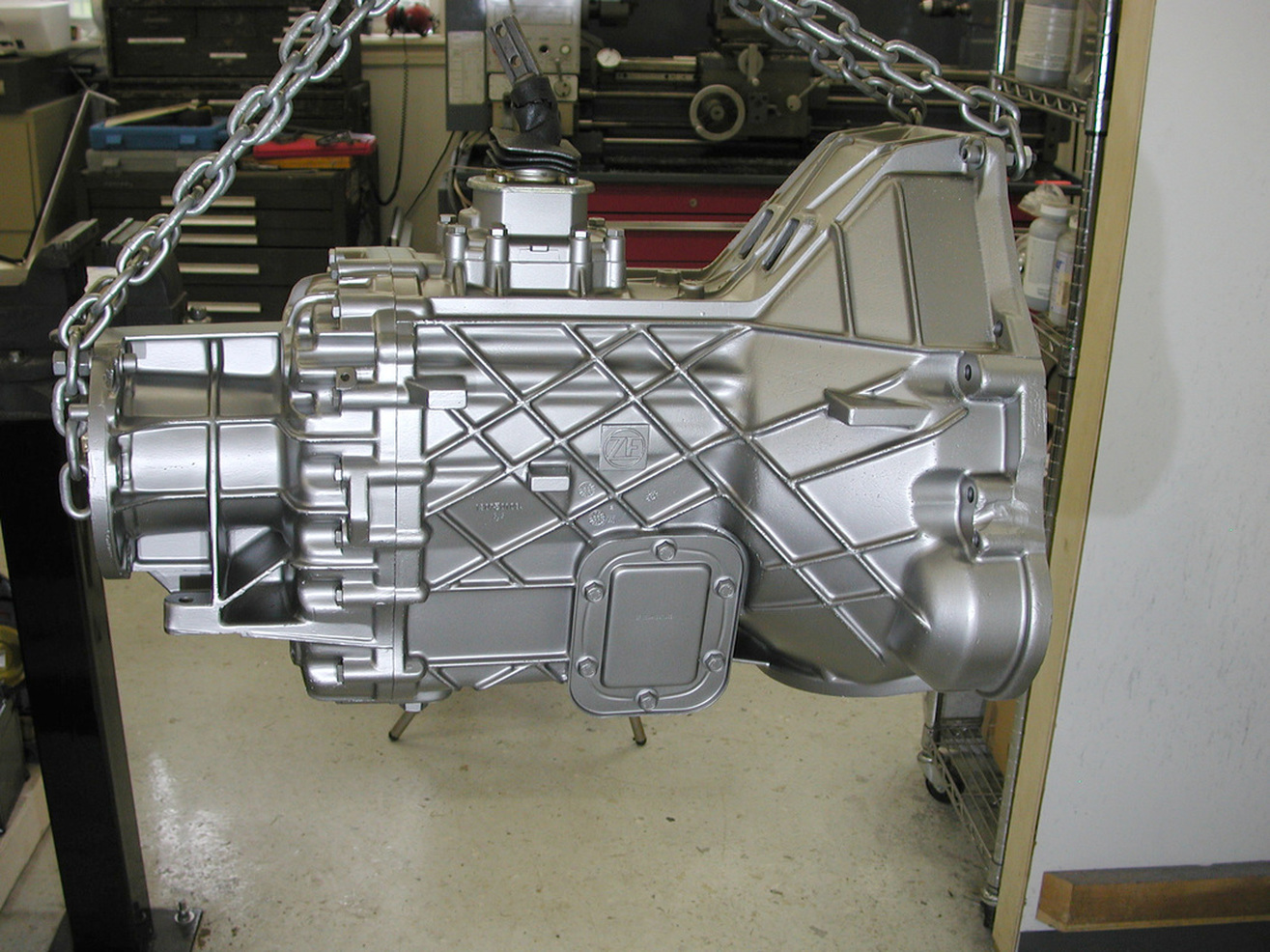 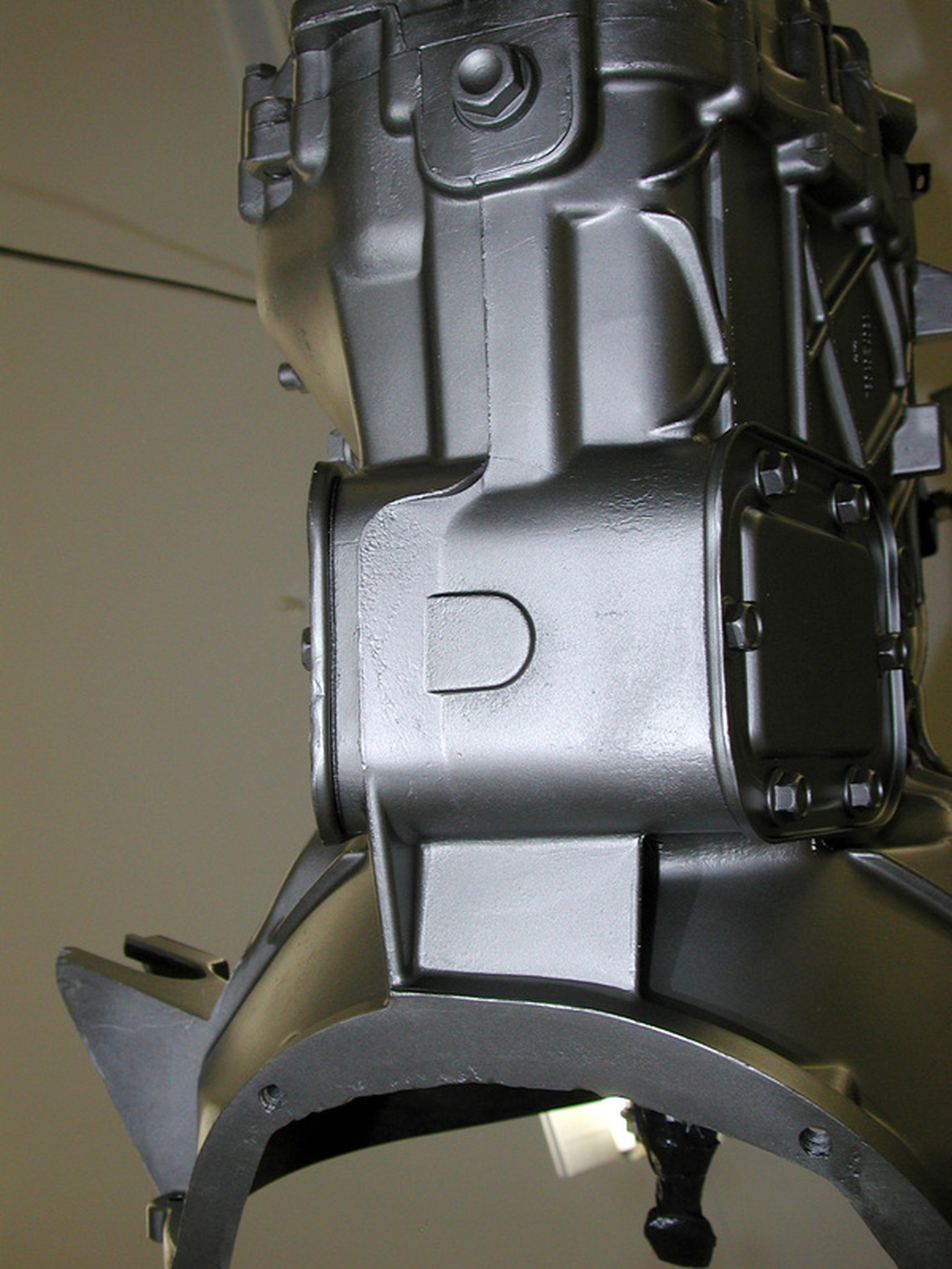 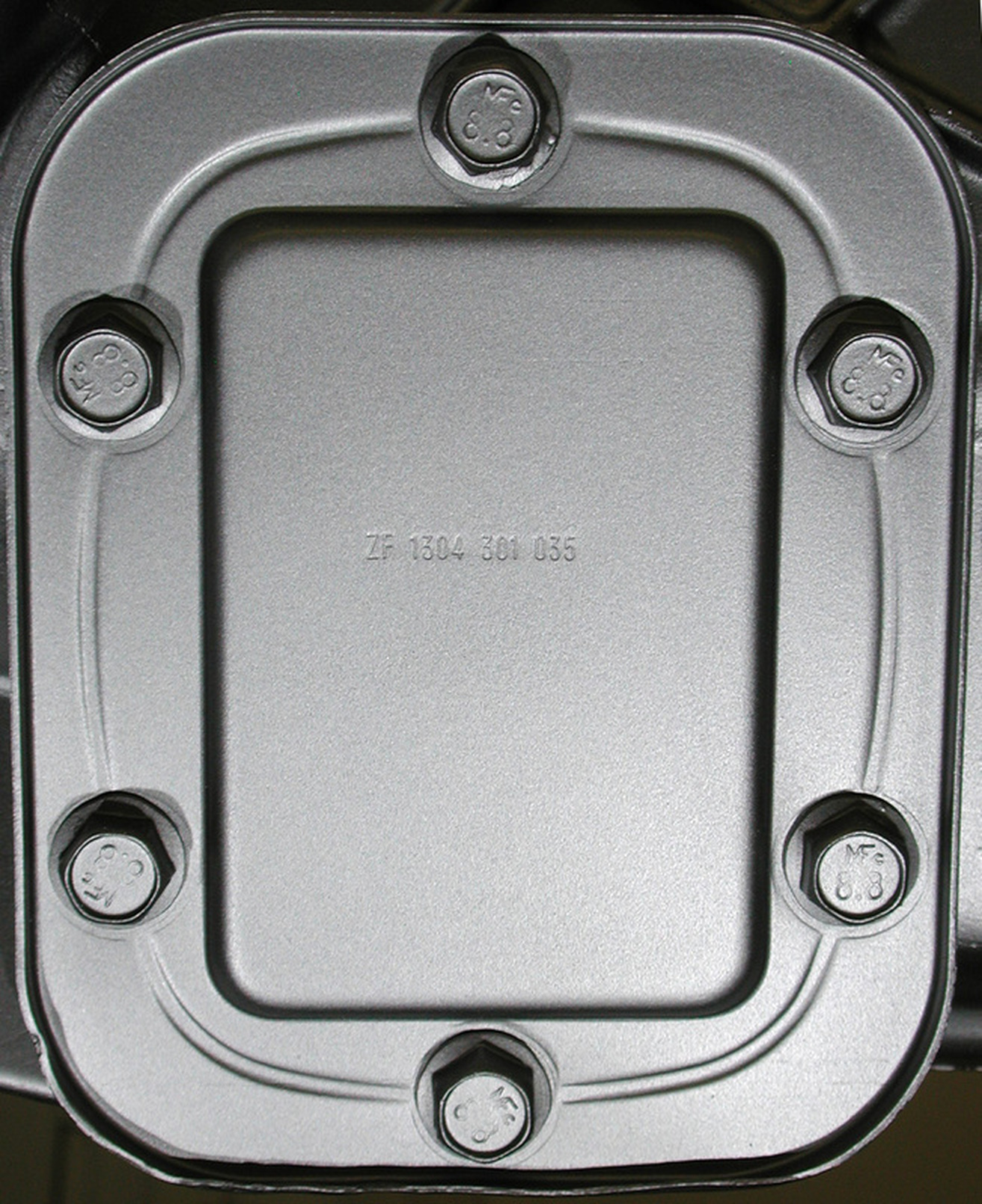