Owner: Jereme Macready aka TontoKowalski
​Location: Arlington, VA.
Model: 1985 Ford F150 Flareside
Engine: 4.9 liter/300 cid Inline-6
Driveline: 2wd
Upgrades: Not many. Replacement wood bed, new head-unit with new speakers. New window seals, new windshield/seal.  New new fuel tank and sending unit.
Story: This is my 1985 Ford F150. It was previously owned by my father and before that, by his brother. My dad has owned it since 1987 and has always been a huge part of my dad’s weekend activities and family chores. This truck has moved all of my father’s five children away to college- and then it brought us back home after graduation.
Once the stock plywood bed started to rot away and it became less safe to use, my dad thought he would donate it and get a tax write off. I had different plans. I paid my dad $1.00 for the old girl and started to dive into the renovation of the bed, learning from scratch as I went. Originally I thought I could get away with replacing the wood, but the further I got into it, the more rusty crud I found. So, this became a much bigger job than I ever thought it would be.
I broke it all the way down, every single nut and bolt was removed and I was left with some very rusty rotted joints. Having zero metal skills, I was lucky to find a metal-working magician on Instagram, who helped me revive the bed-sides. I worked on the bed wood with all my replacement parts coming from Mar-K.
About a year ago, I began to assemble the revamped bed. And the attached pictures are how she sits today. I enjoy seeing the scars that my body-guy left, so I sealed those with clear-coat on the insides of the bed. I also really love the wear and tear on the paint. I think it helps to tell this truck’s story as she remains a “work truck”.
It still has a long way to go, but I’m really happy that I was able to keep it around. Now, when my father sees the truck, he tells me that he made a mistake and wants to buy it back. 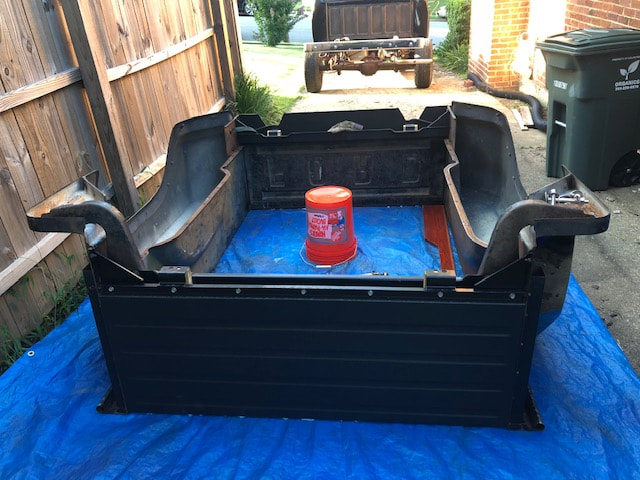 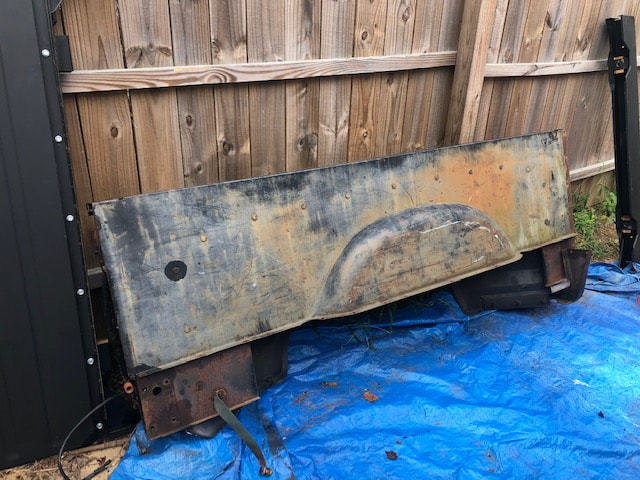 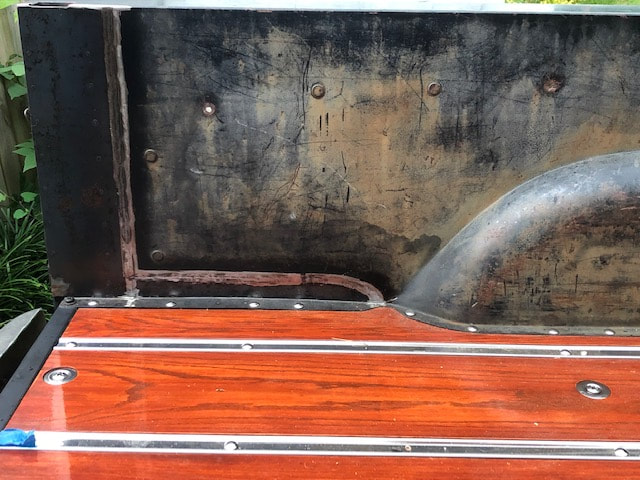 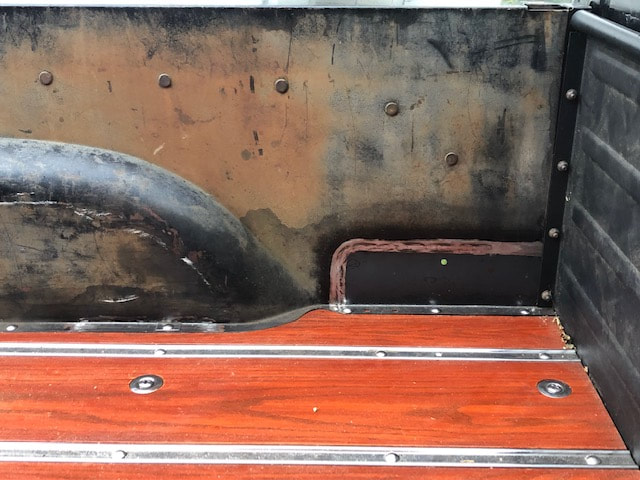 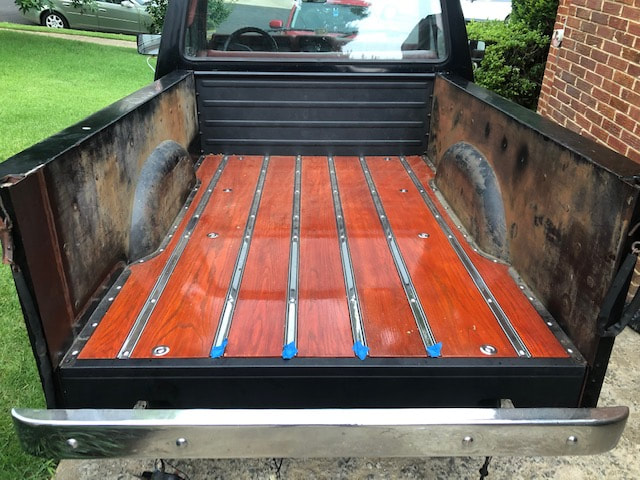 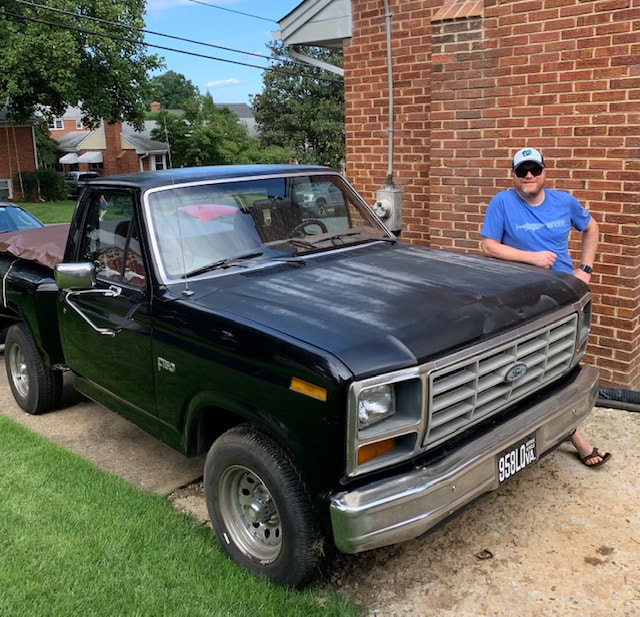