Overview of the fuel systems used on 1983 - 86 Ford trucks with 460 engines.
When Ford introduced the 460 engine in 1983 it started a litany of progressive changes on the fuel systems for the trucks, including the fuel pumps, the wiring, and a hot-fuel handling system they created to prevent vapor lock.  This page is to document those changes so you can figure out what you have and if it could be upgraded.
<
>
Fuel Pumps: There were both mechanical and electric fuel pumps used from the factory up through 1987, as shown below.  The 1986 Dealer Fact Book (see the Specifications tab) says that a mechanical pump was used on 460's except in these cases, which got dual electric fuel pumps:

The electrical wiring for the 460's fuel system had two parts - the fuel gauge wiring, which included the tank selector valve, and the electric fuel pump control, if so equipped.

​Fuel Gauge: The fuel gauge wiring includes the gauge itself and the switch and selector valve if the truck had dual fuel tanks.  And there were two versions:​Fuel Pump Control: The trucks with an electric fuel pump had a system of relays and safety switches to ensure that the pump didn't run except when the engine was running.  Here's how that worked, as depicted in the schematic below from the 1984 EVTM: 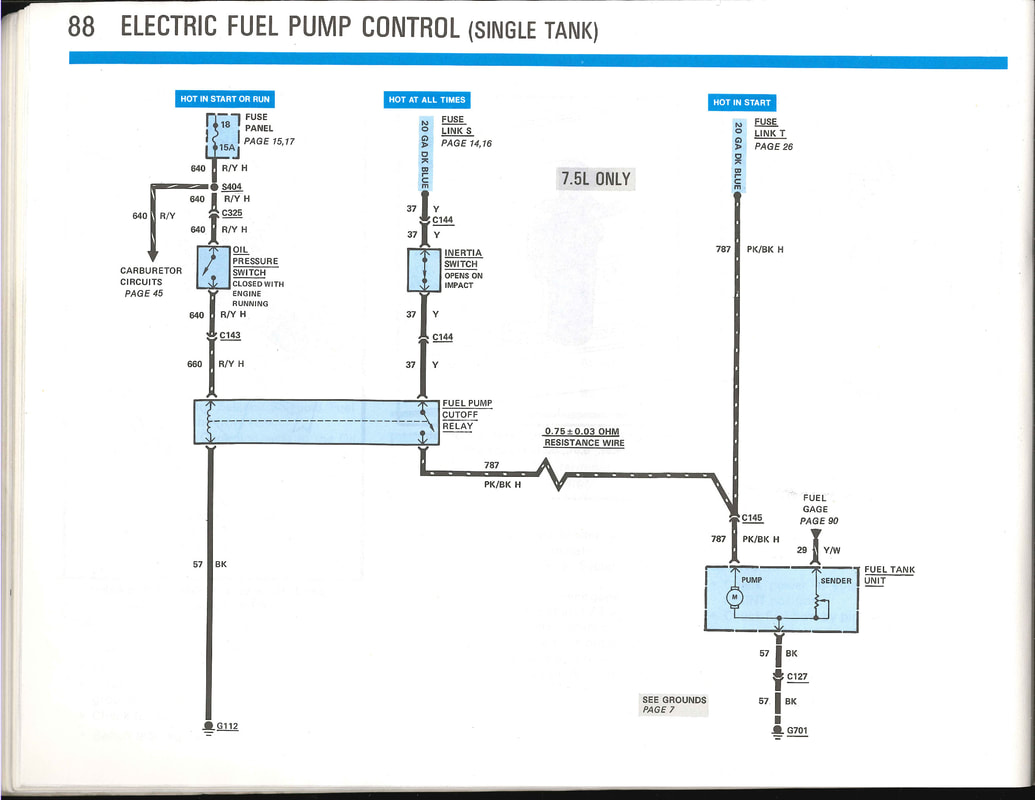 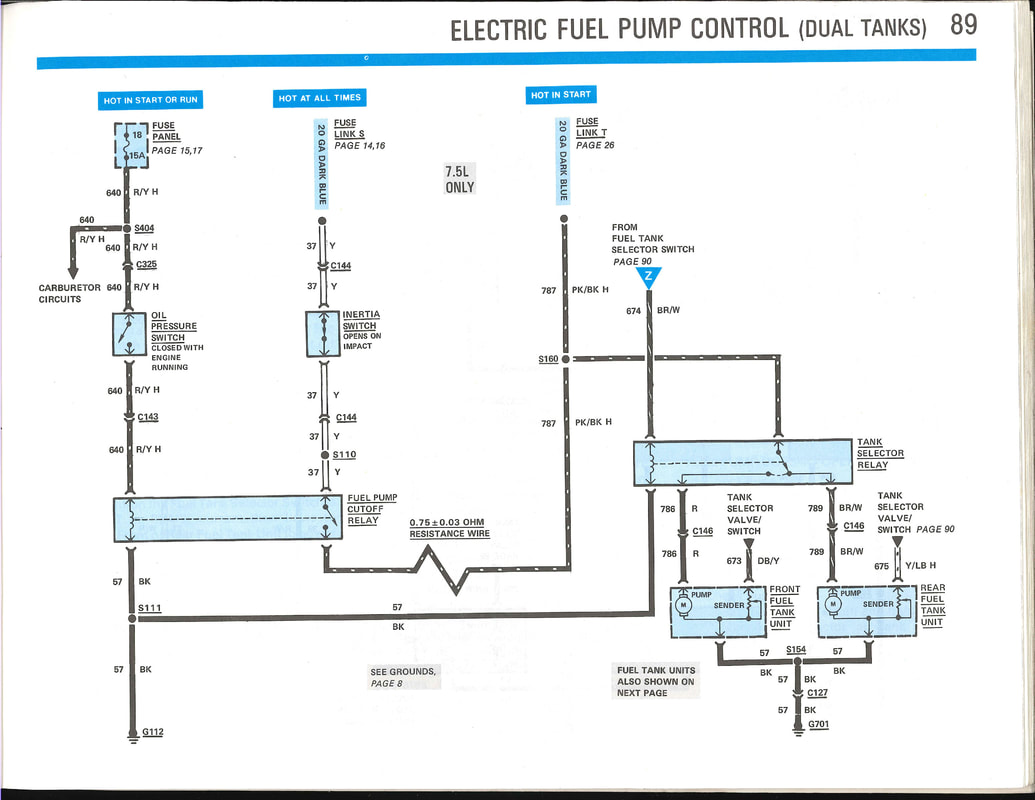 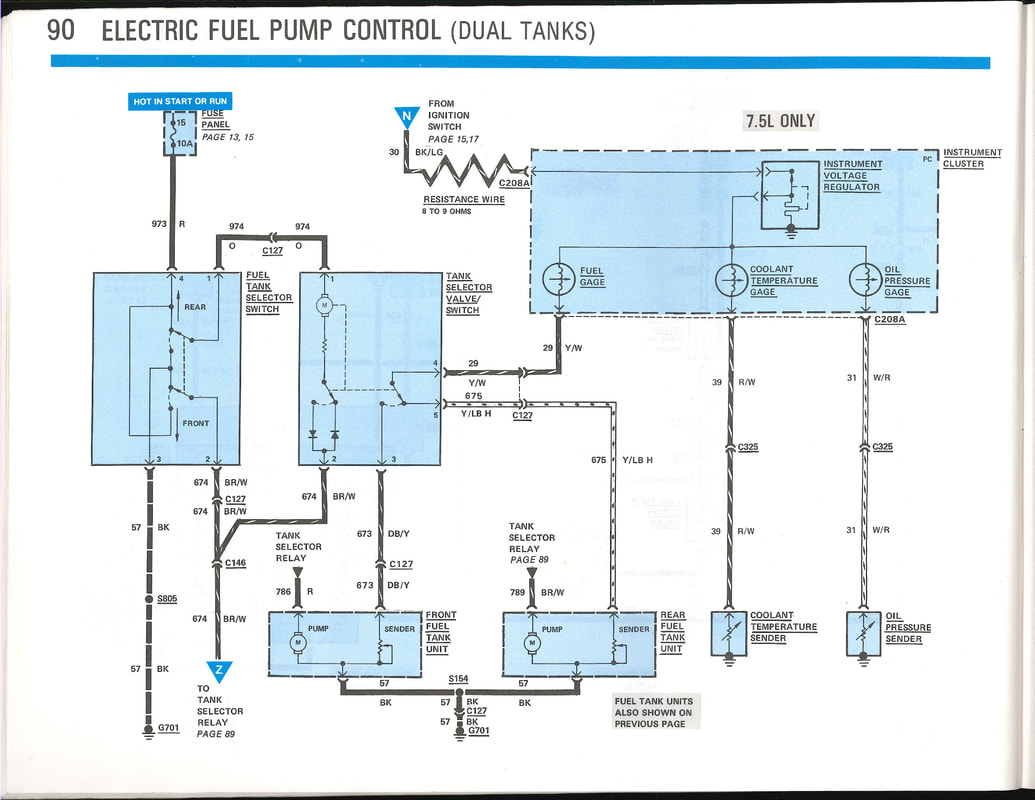 The hot-fuel handling system was installed on some 460-equipped trucks with an electric fuel pump, and consisted of a fuel vapor separator and a return fuel line to the tank.  The separator housed an orifice of .040", .060", or .090" depending on the specifications of the truck.  The orifice allowed fuel vapor and a small amount of fuel to return to the tank, thereby preventing vapor lock and keeping cooler fuel at the carb via circulation. 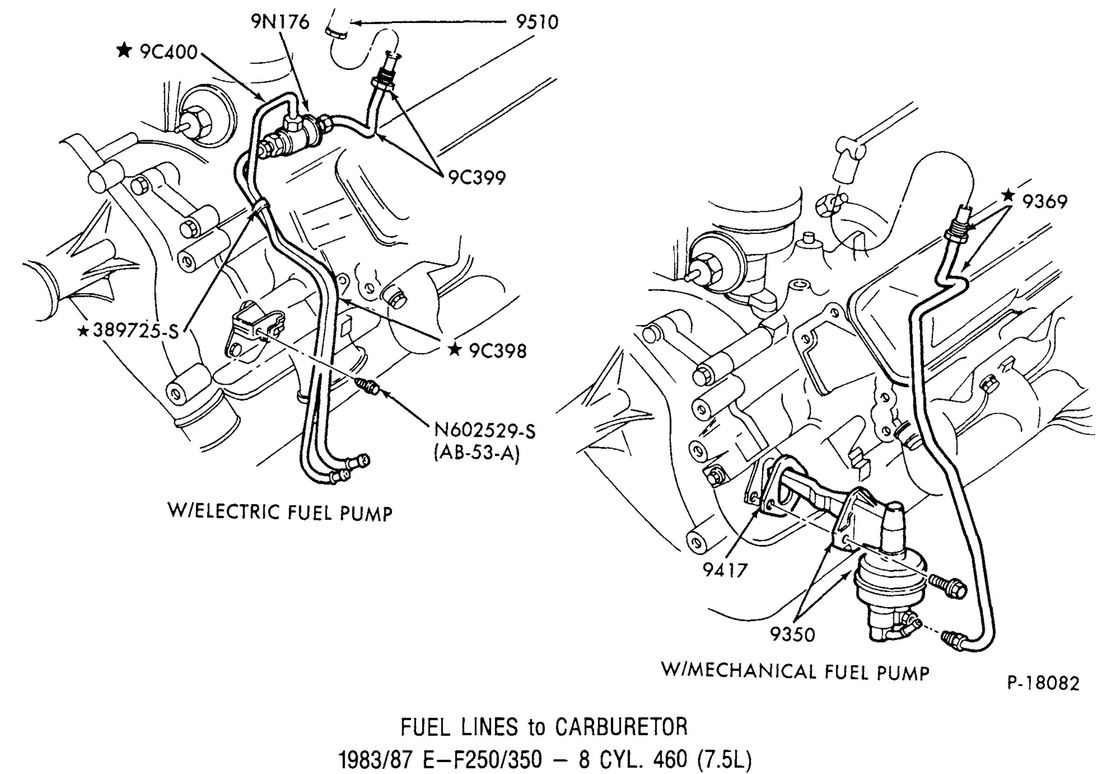 And here's the Ford Technical Service Bulletin on the Fuel Starvation/Hard Start problem: