Why You Should Retain The Factory Air Cleaner
Air cleaners like the Edelbrock above sure do look good and sound great when the secondaries open on a 4bbl. However, replacing the stock air cleaner on one of these trucks, or any vehicle with a carb, is a really bad move. And the reason for that is the widely varying air temp that reaches the carb, which causes several problems. First is a changing air/fuel ratio. A carb is a remarkable device, but it cannot discern differing air temps. Since the air/fuel ratio is really the ratio of oxygen molecules to gasoline molecules, and since the number of oxygen molecules per volume of air changes dramatically with the temp, the air/fuel ratio does as well. Put another way, the only way to hold a constant AFR with a carb is to maintain the inlet air temp at some constant. But, according the the Carb Facts and Correcting Myths web site, underhood temps can go as high as 240 degrees, and that's exactly the air you pull into the carb with an open element cleaner. And, in winter the inlet air temp can be closer to zero.

Further, since colder, more dense air creates more power, it makes little sense to feed the engine 240 degree air when you can get it down to more like 120 degrees with the stock air cleaner and associated plumbing. How can that be? Well, the stock air cleaner has a duct that connects to the radiator support, which means it pulls air from ahead of the radiator. So the engine is breathing much cooler air than under-hood air which is heated by the radiator, exhaust manifolds, and all of the accessories.

And, there's winter driving where carb icing is a significant problem that the stock air cleaner solves. That's because there's a shroud around the exhaust manifold that channels hot air to the air cleaner very quickly after startup. But, wouldn't that mean you'd have really hot air to the carb in the summer? No, not with the simple-but-effective factory system, like the one below.

UPDATE: Today (1/22/16) I drove Rusty and it was 20 degrees out.  As soon as the choke came off completely the AFR was lean enough that it wanted to bog until I pulled the vacuum down below 5" and the metering rods popped up and gave the engine more fuel with the air.  Why, because I don't have the "stove" part of the air cleaner system on Rusty.  So even though the under-hood temps came up some as the engine warmed up, the Air Cleaner Temp Sensor couldn't get the inlet air up to where it should be and the result was a lean air/fuel mix.  Yes, it got better the further I drove because things under the hood got warmer and warmer, but it was on the very edge of being too lean even then.  The point being that the system works well when it has all of its components, and I need to put the stove on Rusty. 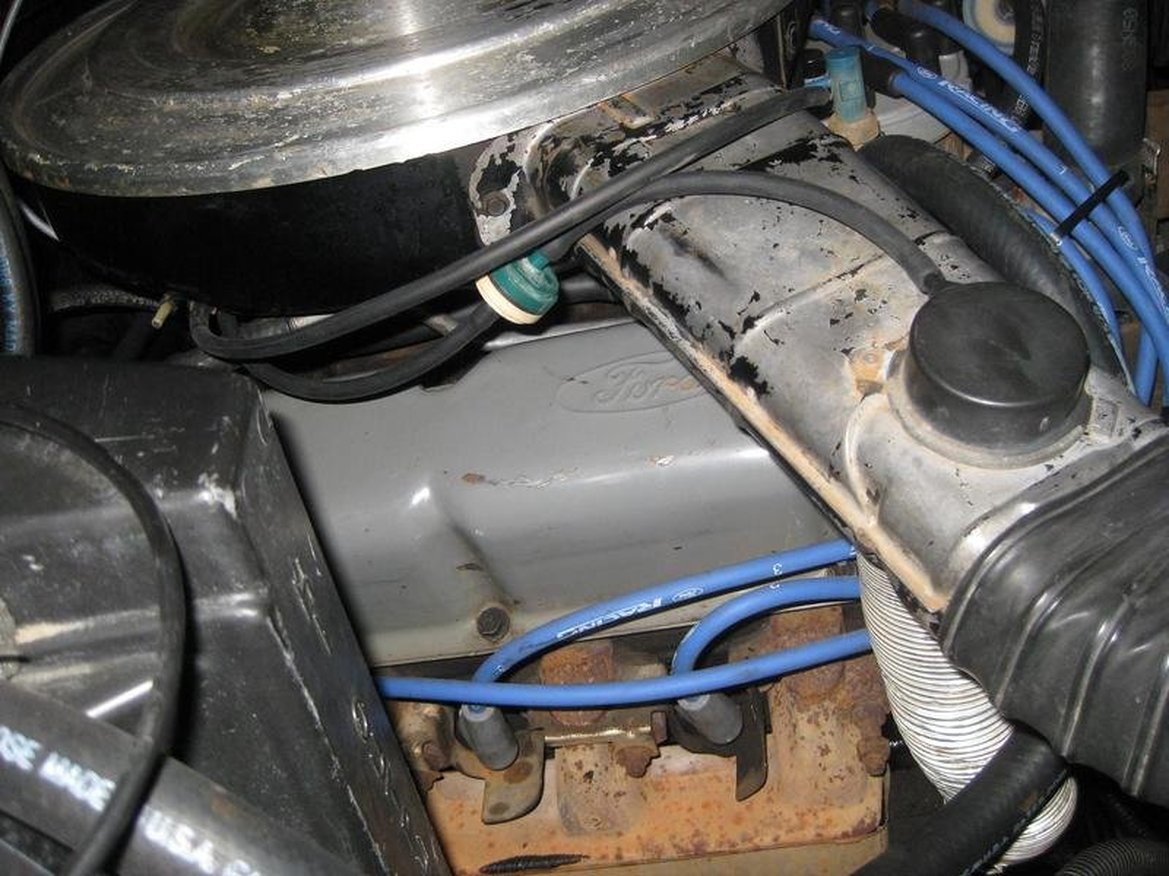 Here's how it works: 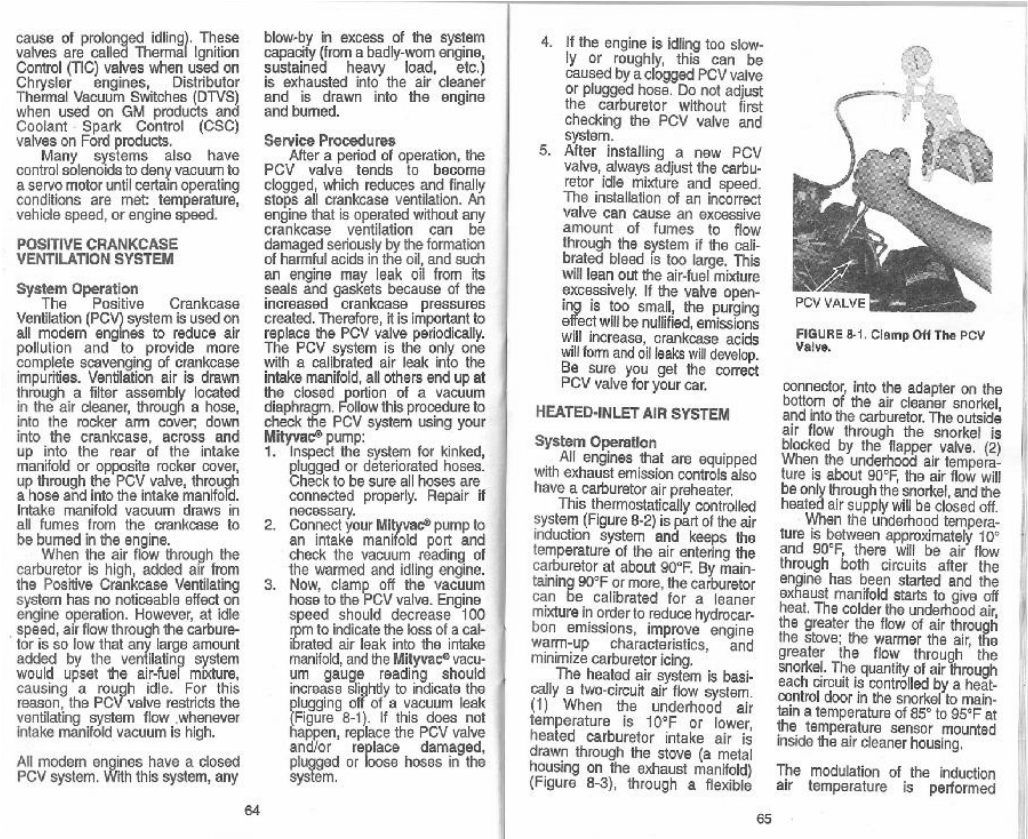 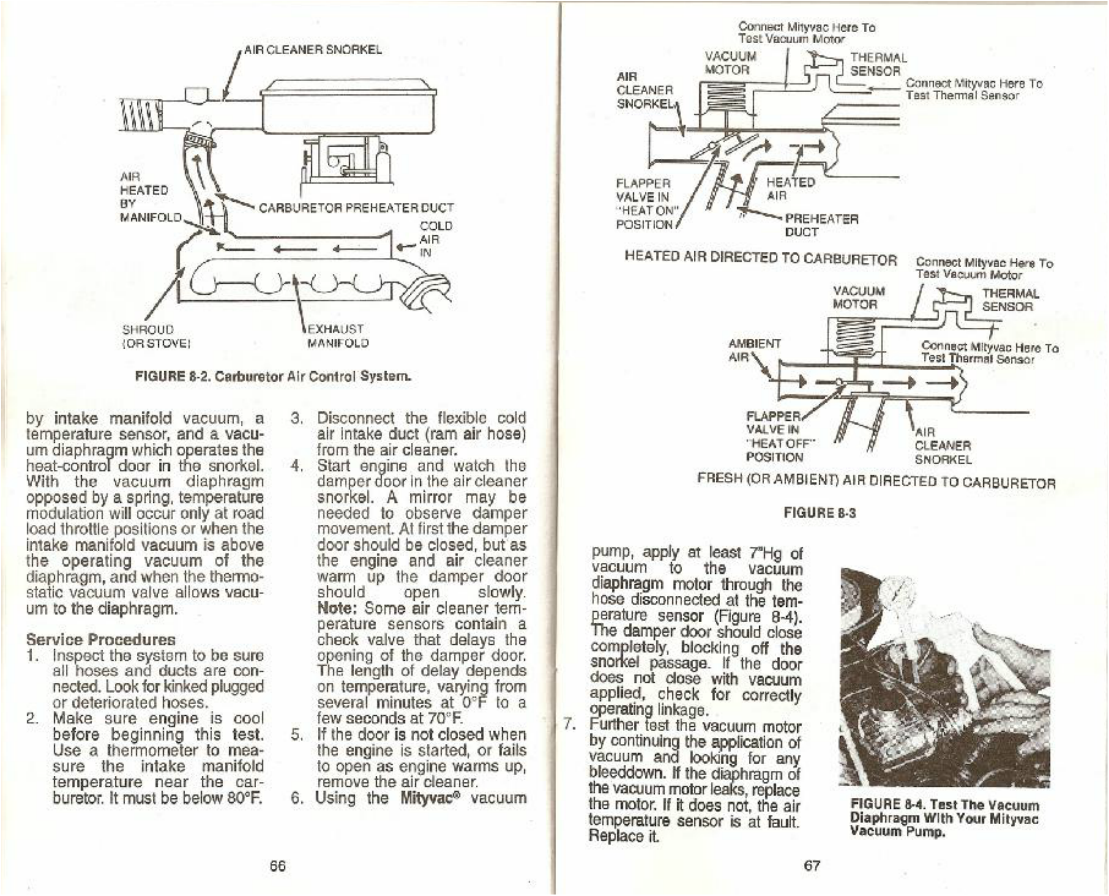 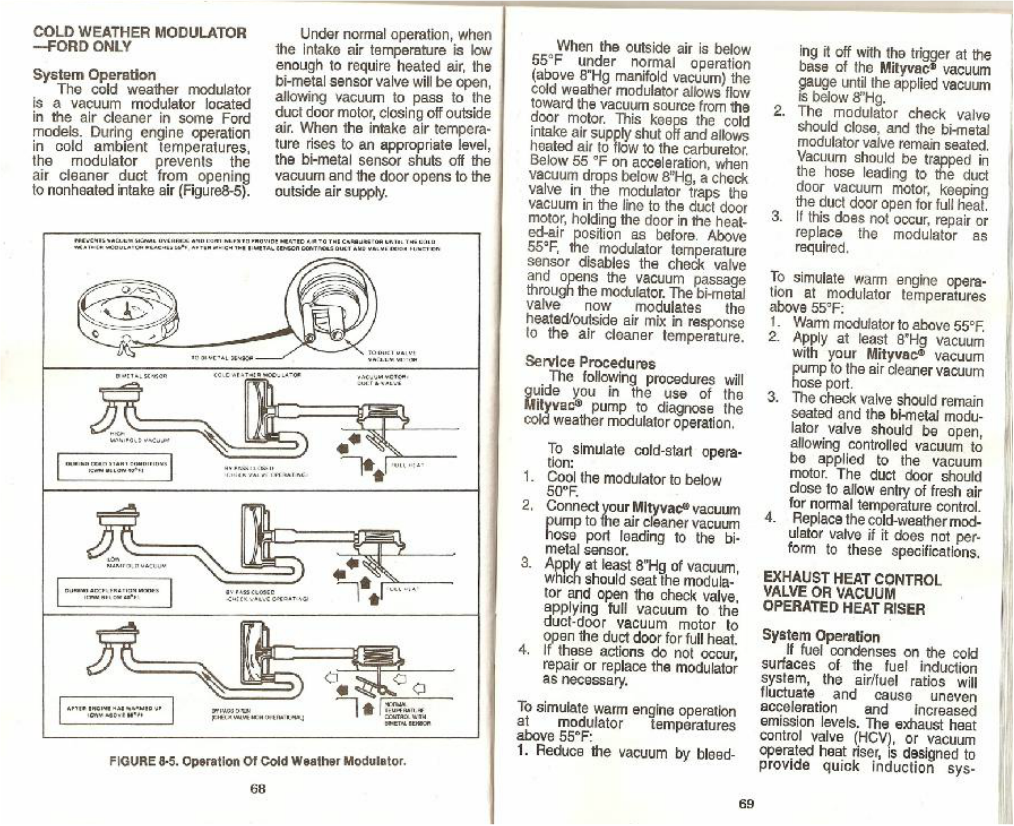 And, here's a blow-up of the diagram on the left above:

From looking at several air cleaners on these trucks I know that there are different versions of the ACTS and CWM available. And while it would seem like you would want to pick the coldest temp possible in order to get the highest efficiency, you really need to pick a temp that can be maintained under all driving conditions you will encounter to ensure a constant AFR. So, I would recommend the 105 degree ACTS since it is impossible to get either 75 or 90 degree air to the carb on a 114 degree day like we sometimes have here in Oklahoma. 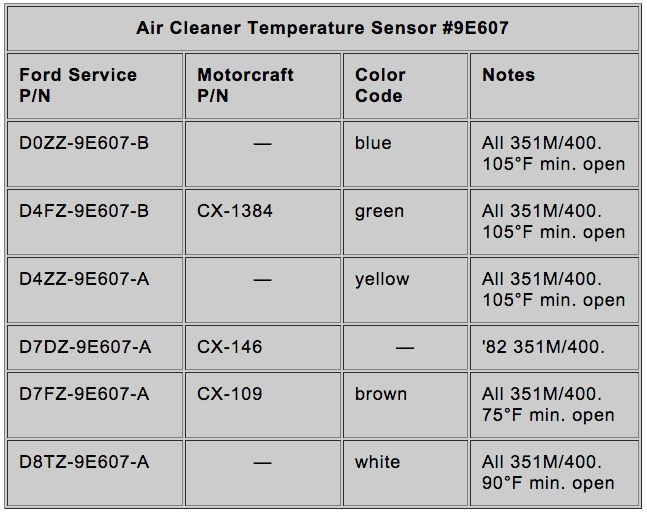 And, here are the actual part numbers for the temp sensor: 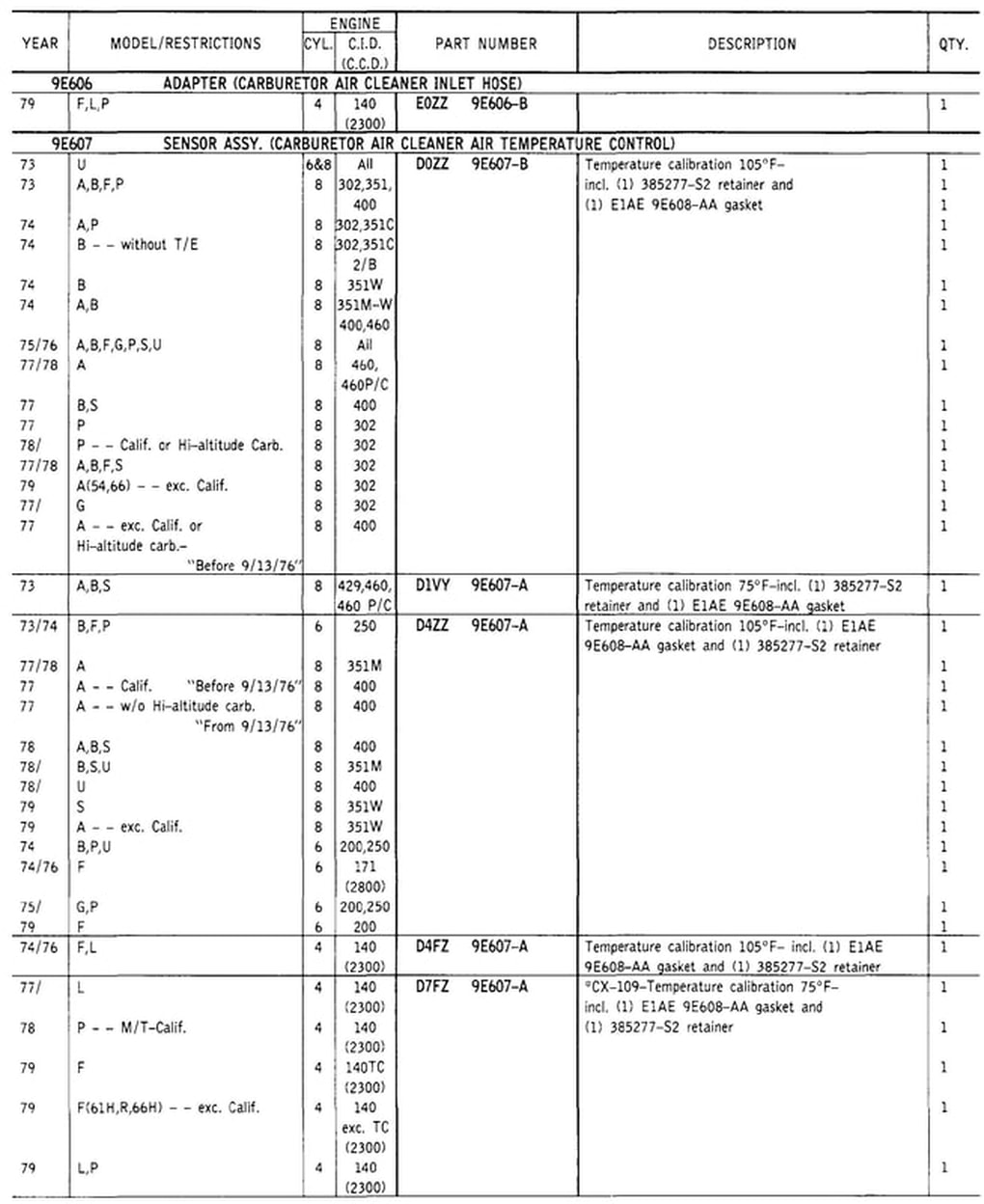 Hopefully I've convinced you to retain the stock air cleaner for your truck. But, if not please send it to me as those who aren't educated in carburetion systems tend to throw them away.