Illustrations and part numbers for the heaters and air conditioning systems for the Bullnose (1980 - 86) Ford trucks.
Over the years Ford had three different Heating, Ventilation, & Air Conditioning (HVAC) systems from the factory, and then there were variations within them.  They were the base heater, then the Comfort Vent or Deluxe system, and finally the Integral A/C system.
<
>
<
>
​If you didn't order an optional system from the factory you got the "standard heater". 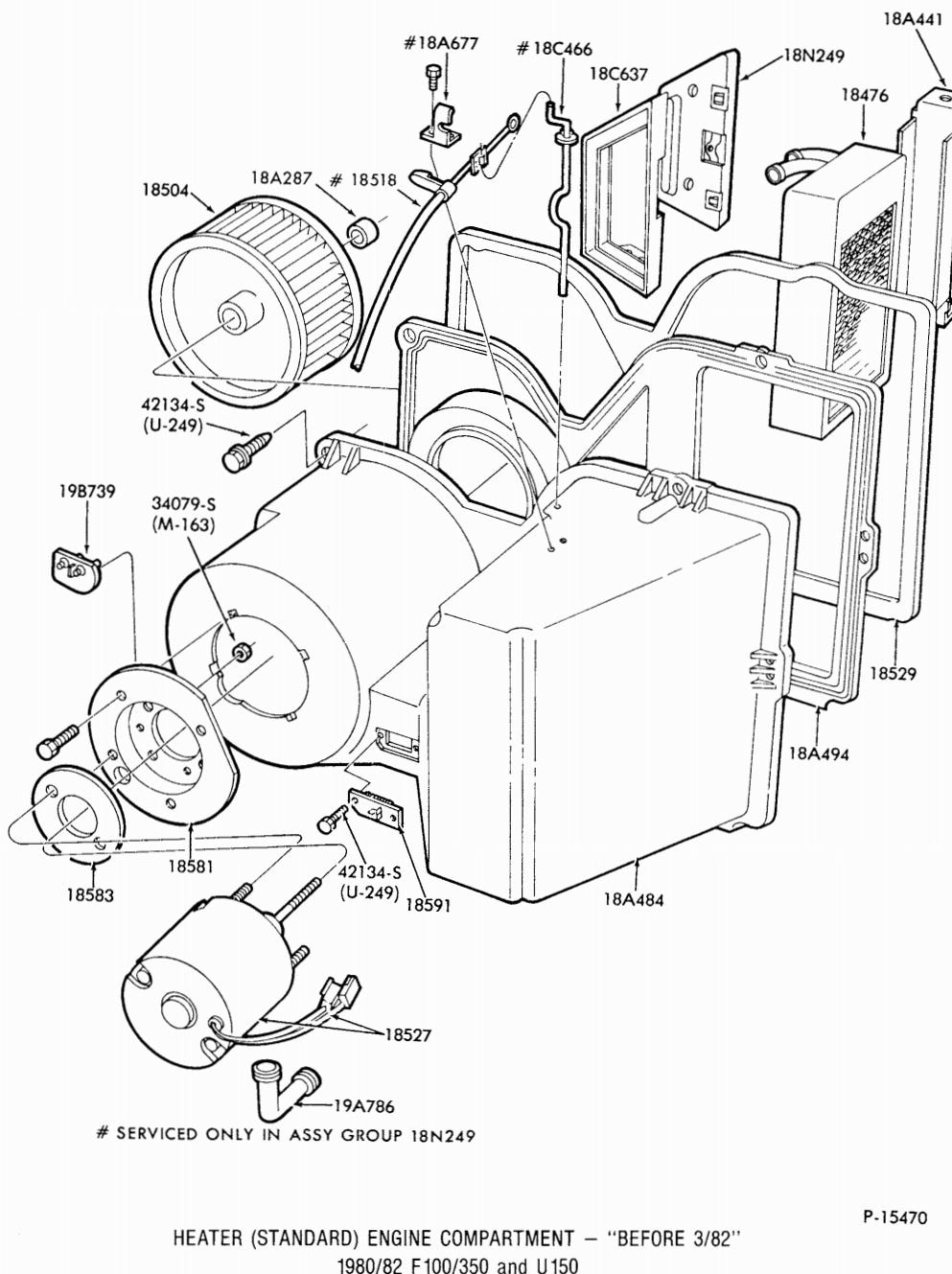 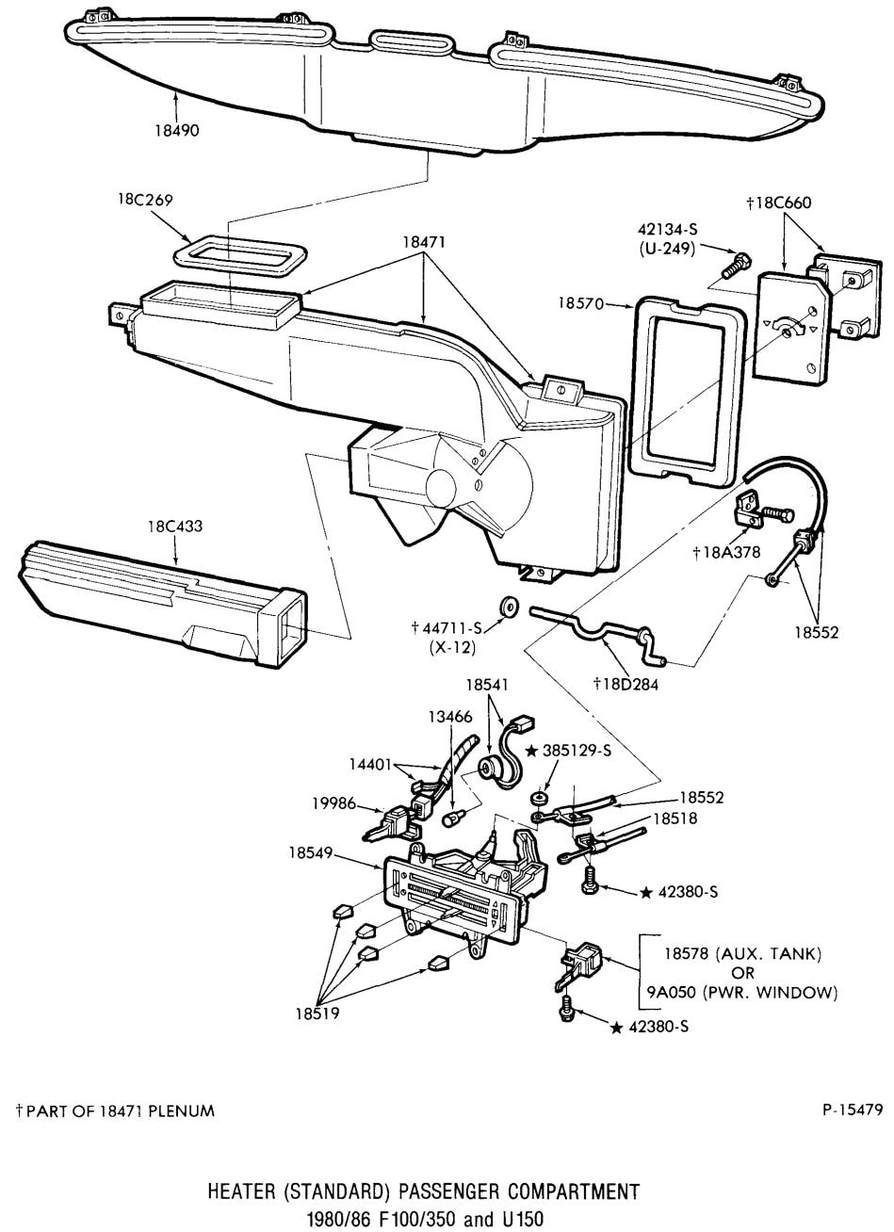 The first upgrade above the standard heater was the Comfort Vent system, which was also called the Deluxe heater or Hi/Lo because it had outlets in the dash for the Vent position. 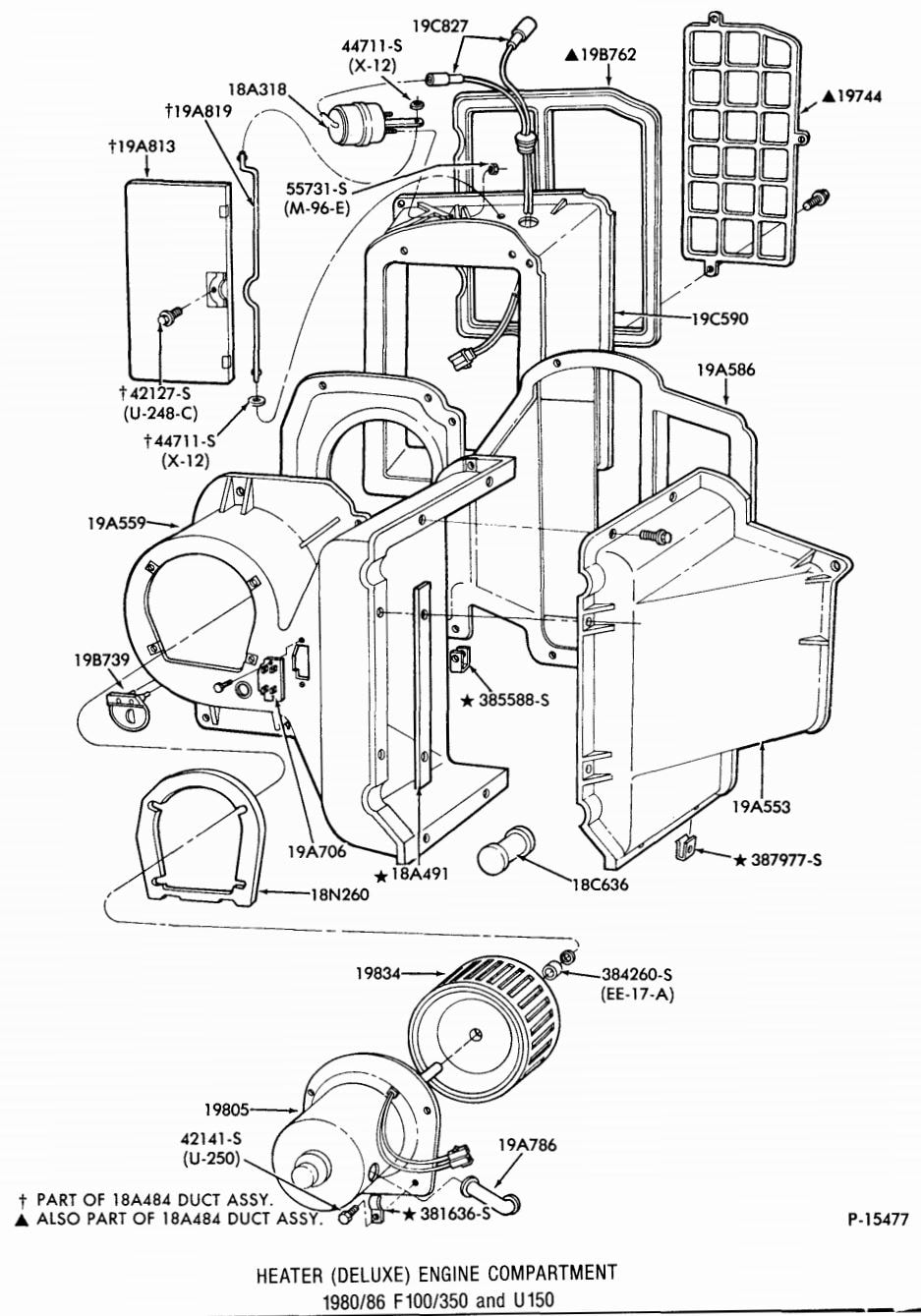 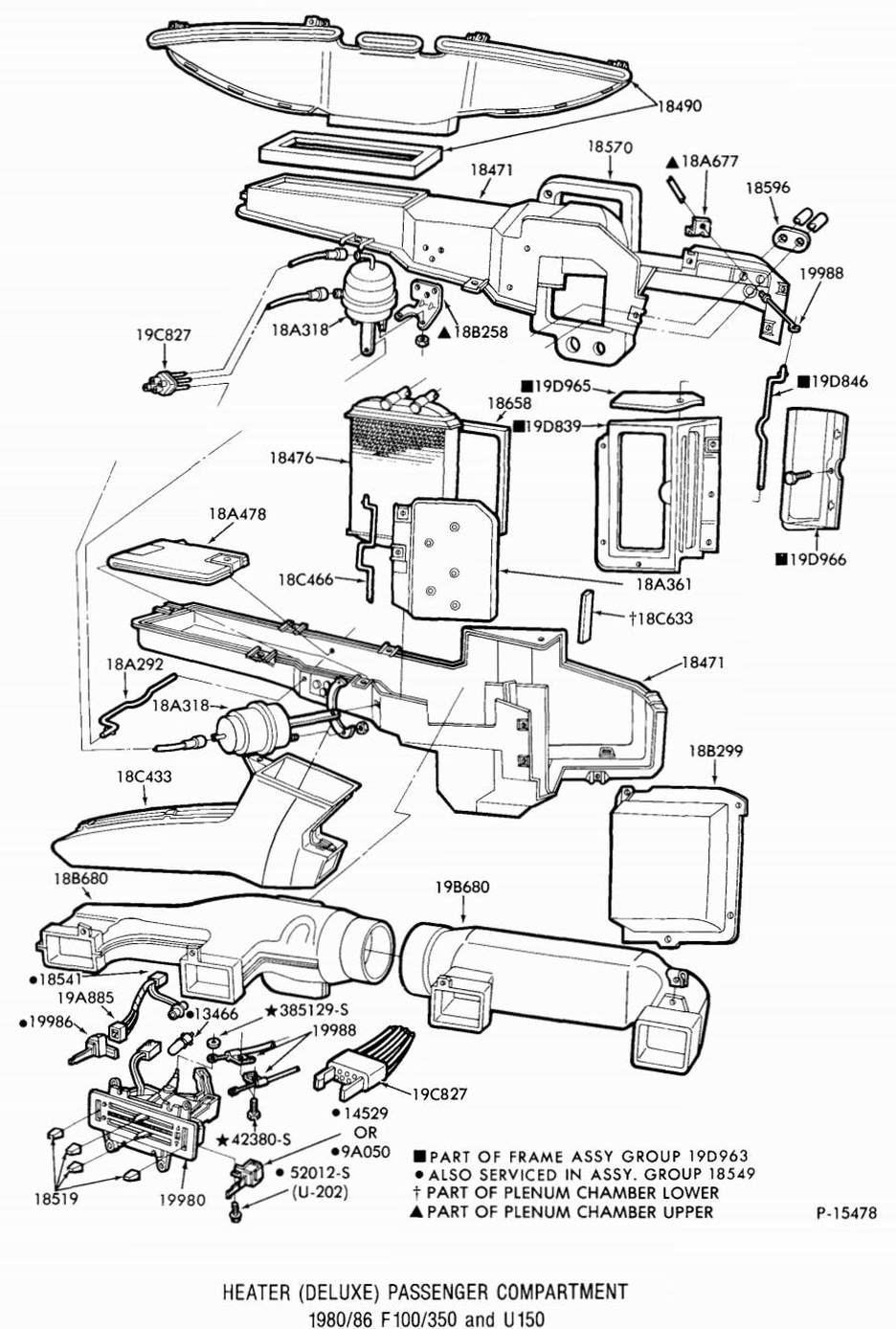 Integral A/C was what Ford called their factory-delivered A/C system.  They did have dealer-installed A/C systems, but those varied a bit as the dealers could install whatever they wanted.  But from the factory is was "Integral A/C".
<
> 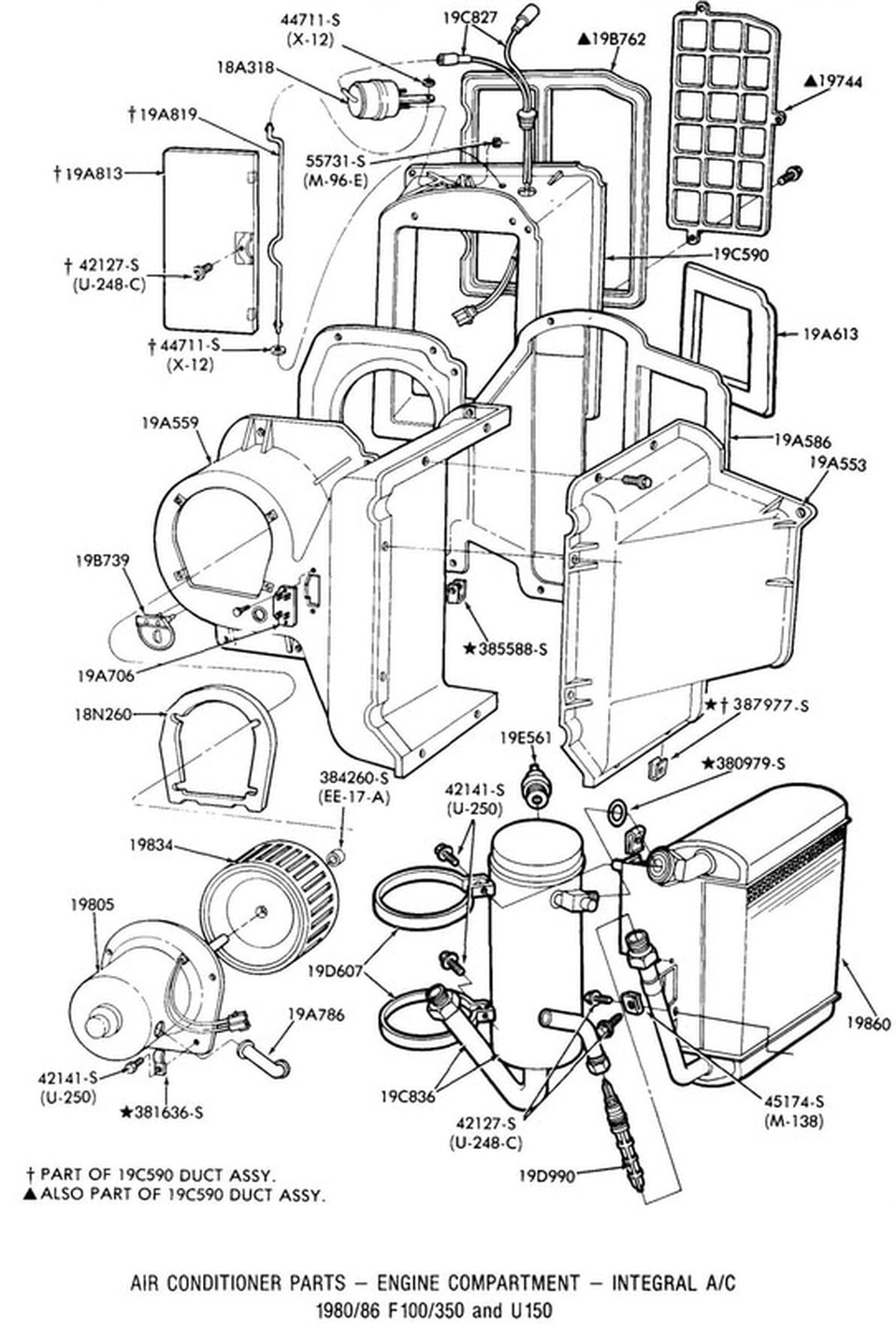 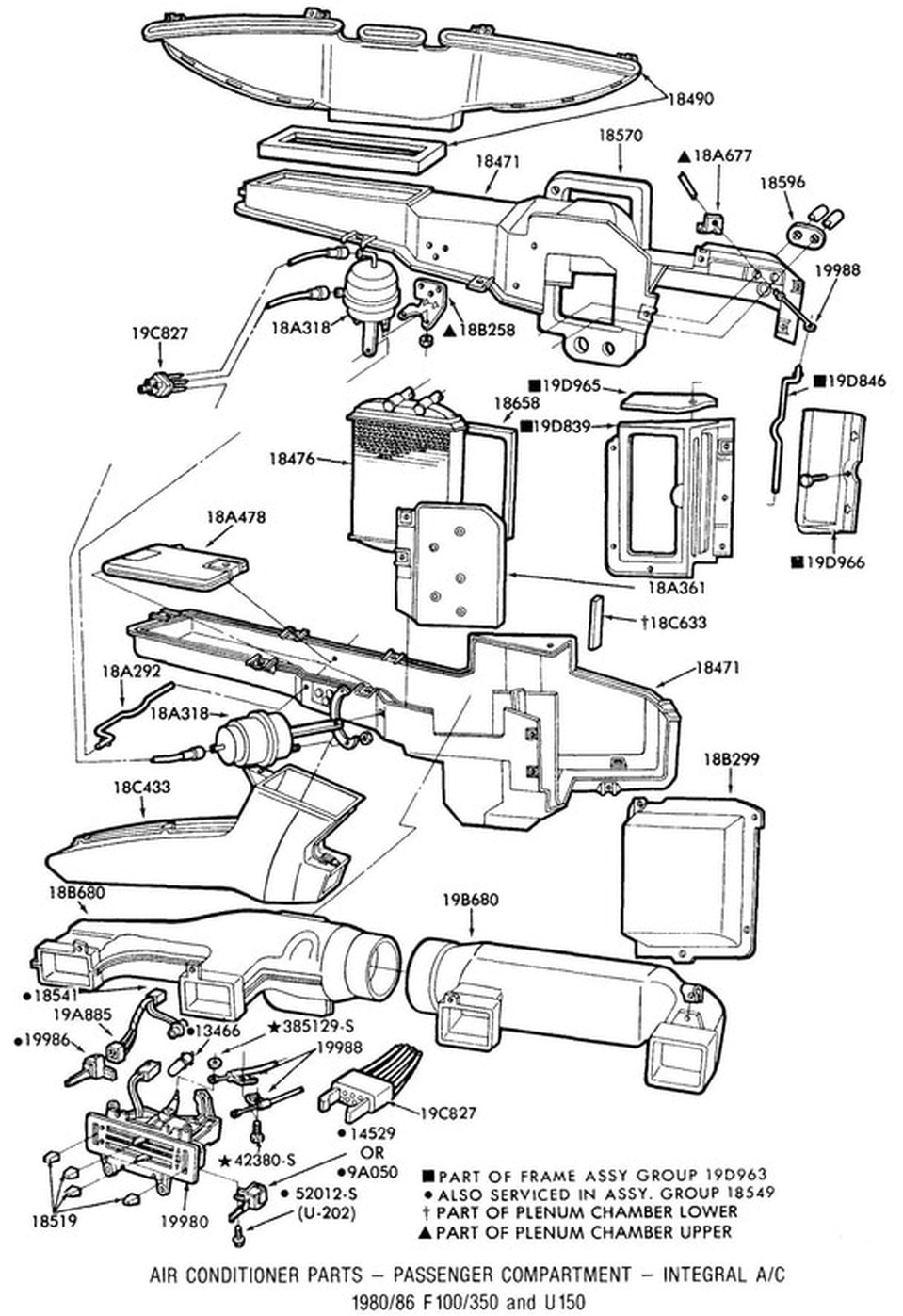 Back side of the dash with the left and right ducts attached.

And here are some pics of the underhood housings: 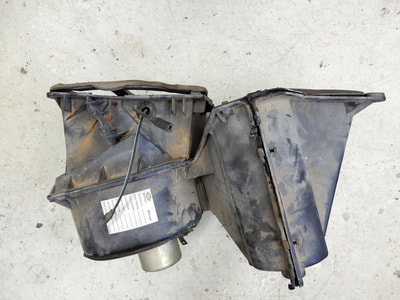 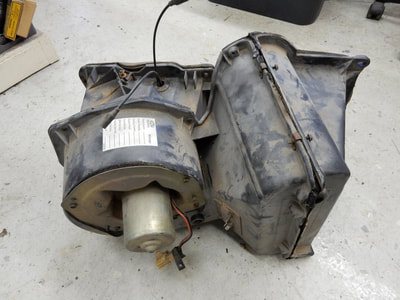 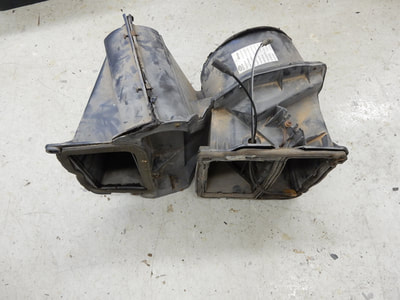 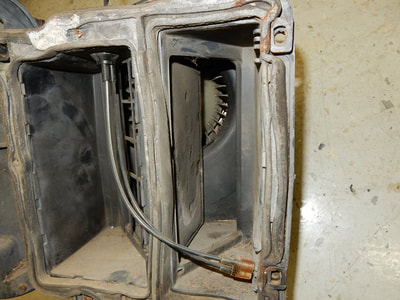 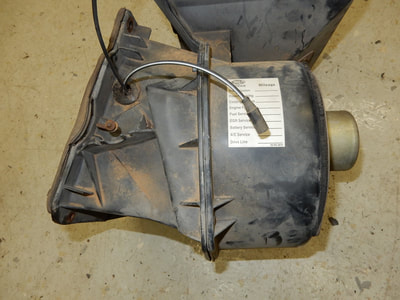 There are really only two different HVAC controls, although there are several variations on them depending on whether the truck had dual tanks, electric fuel pumps, or was a Bronco with a rear window switch.  But basically there are the early controls, from 1980 through 1982, and the later controls for 1983 through 1986.  Here are several pictures of the two: 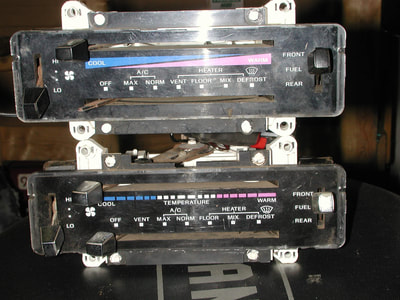 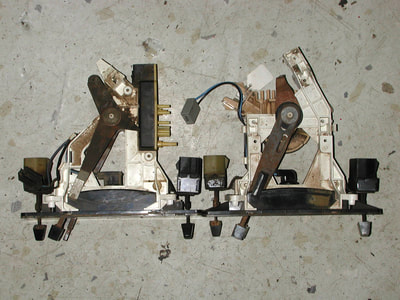 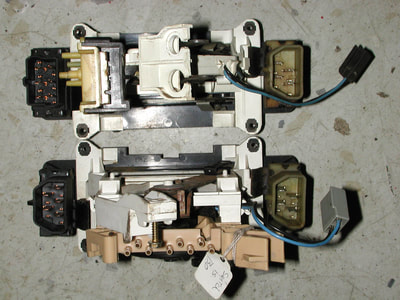 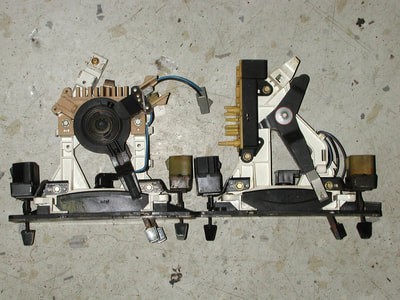 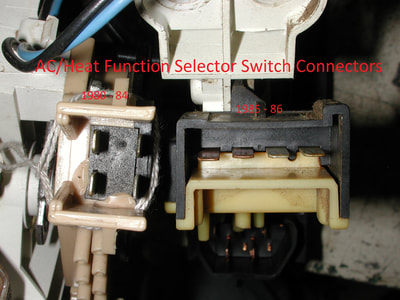 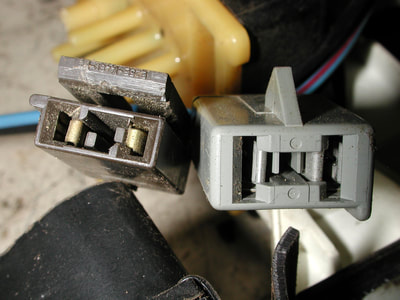 Sometimes people want to swap one control for the other.  And while they will bolt into the same opening there are several differences in their "connections" that require a bit of effort to make the swap work.  Specifically:

One problem the Bullnose trucks have is that the engine coolant is always circulating through the heater core.  Even when the doors in the HVAC system are closing properly there is some heat coming into the system.  In fact, that makes the air coming into the cab on Vent much warmer than the outside air.  And, it makes the air temp when the A/C is on much warmer than it could be.

Fortunately there's a fairly easy fix for that - install a valve in the heater hose and shut off the water when not needed.  And there are at least four ways to do that:
<
>
My favorite approach, although I've not actually installed the valve yet, works without any thought required from the operator.  However, it only works on trucks with the 1980 - 82 HVAC controls as the 1983 - 86 controls can't be easily modified for this use.  But, you can swap the earlier controls into a later truck, as explained on the Swapping Controls tab above.

As for how to implement the modification using the earlier controls, you will need a vacuum operated shutoff valve, a length of 1/8" vacuum hose, hose clamps, and a 2" piece of 1/8" ID brass tubing.  For the vacuum valve there are two slightly different approaches: a 2-port or a 4-port valve.  On engines with a bypass system, which is most if not all of the engines used in these trucks, a 2-port valve should be adequate as the bypass system will circulate coolant in the engine while the valve is shut.  However, some people are using the coolant in the heater hoses to heat the carburetor, and in those cases a 4-port valve will be needed.
But , pretty much any other valve that closes with vacuum and has 5/8" water ports will work well.  Or, if you want a 4-port valve to loop the coolant back to the engine while the valve is closed there's the Four Seasons 74776.
​
The vacuum control for the 1980 - 82 trucks works as shown below, which is taken from the 1981 shop manual.  Note that Port 1 isn't used, but that it gets vacuum from the source, Port 7, in both Vent and A/C Max.  Perfect! 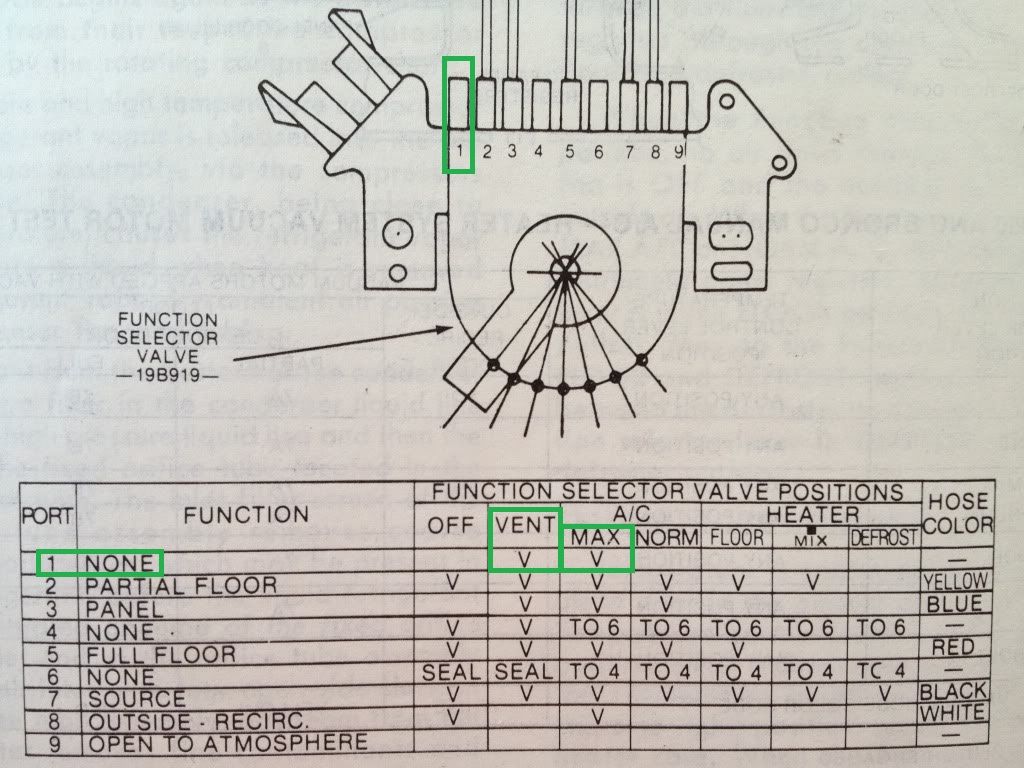 The ports are shown on the left, below, but you don't actually hook your vacuum hose up to the nipple labeled as "1".  Instead, there's connector, shown in the middle picture, that pushes onto the ports and clips on.  But, Port 1 doesn't have a hose connected to it.  So, the trick is to drill the connector and push the piece of brass or plastic tubing in, as suggested with the red lines in the picture on the right, below.  But, I would use some kind of sealer on the tubing as you press it in to ensure you don't have a vacuum leak.  Then, connect your vacuum hose to the tubing, run it through the firewall, and connect it to your valve that has been installed in the heater hoses.  Problem solved!

In the three bottom pictures I've drilled the connector and pushed a piece of plastic tubing, that I found on the HVAC system of a 1990 truck, in and sealed it with red Loctite.  Then I'll connect the 1/8" vacuum hose to that and run it through the firewall to the shutoff valve. 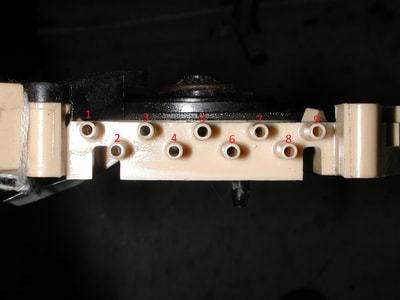 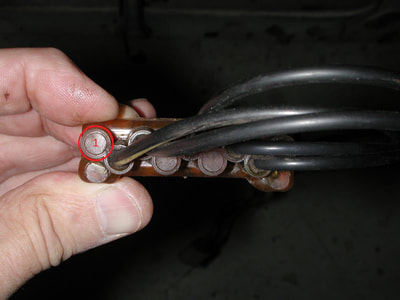 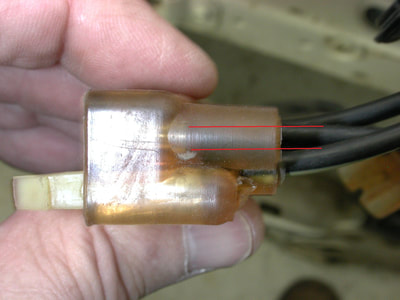 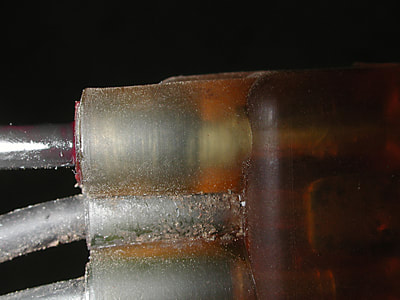 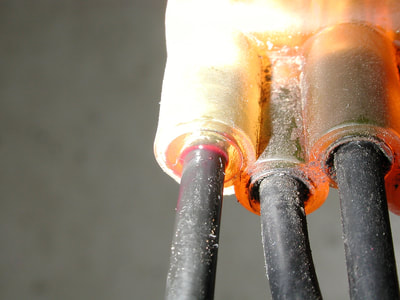 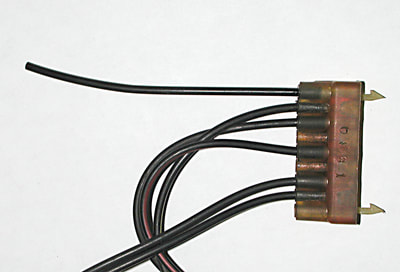