I inherited Dad's truck and I'm currently "restifying" it. In other words, I am both restoring it as well as modifying it. At present, November of 2015, the paint and body work are just about done and I'm about to start building the engine. Much has been and will be written about this truck in the Ford Truck Enthusiast's forum. In fact, there are at least 597 pages in the following links which deal with it. So, the next several pages will be an attempt to tease the pertinent information from those pages in order to provide a Reader's Digest view to Dad's truck.

Having said that, I would like to pass on a realization I've come to with regard to restoring a vehicle. Turns out there are 3 phases in a vehicle's life:So, when you are considering a vehicle for restoration or "restification", spend some time checking on the availability of parts.

Here are some links to topics about Dad's truck on FTE:
​
Now, here are some pictures of the truck when I first got it in late 2011. The first picture was taken where Dad parked the truck for many years, and is exactly how it was when I took possession, including the white wagon wheels which it came with from the factory. The later pictures show it sitting on the aluminum wheels my brother gave me. 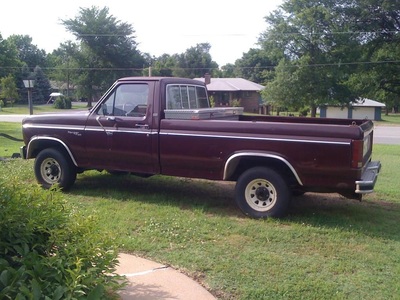 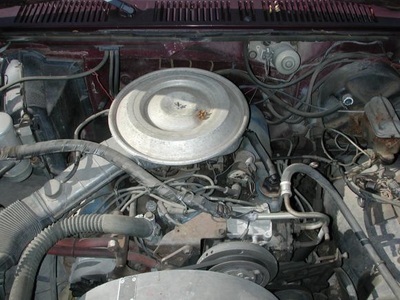 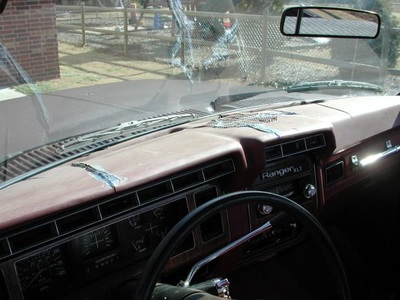 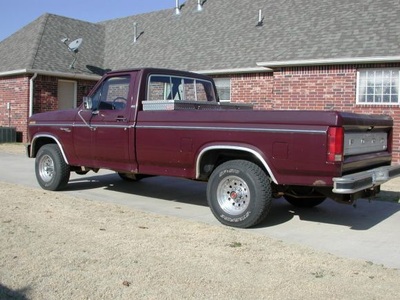 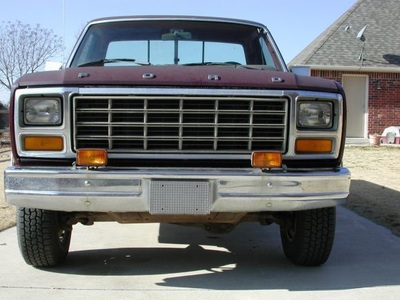 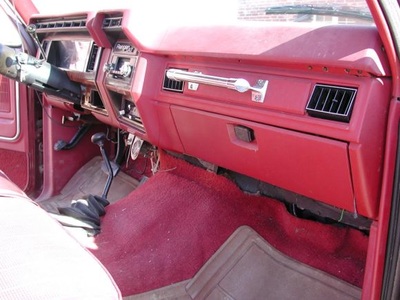 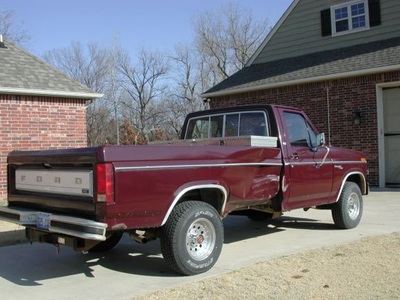 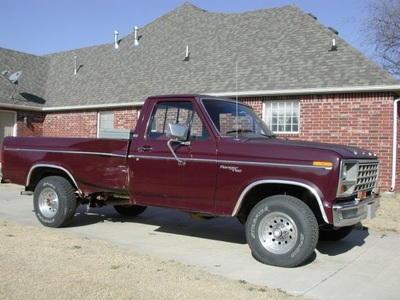 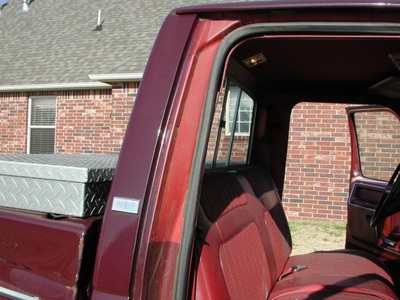 Obviously the truck needed a bit of TLC.  In fact, it begged for a restoration.  But, after some thought about it I wanted to put the truck on the road for a bit before I took it apart for what I knew would be a long time since I wanted to make a number of changes.  However, the fuel economy on the truck was only about 10 MPG, so that was a bit of a deterrent to using it.  So I swapped in a ZF5 manual transmission since the original C6 had neither a lock-up torque converter or an overdrive.  And, at the same time I traded 351M's between Dad's truck and Rusty because Rusty's had a lot more clout.

Really pepped Dad's truck up!  In fact, that increased the economy to about 14 MPG and made the truck fun to drive - and I started taking it on the weekly trips to see Dad in Kansas.  Pretty soon it was accepted as being reliable, but I was still pleasantly surprised when my wife suggested we use it to take a load of furniture to our kids.  Really!?  Take it to Delaware with the bed fully loaded, a trip of 3,000 miles?  So, I set about checking it over from stem to stern, replacing things like shocks, hoses, etc to ensure it was ready.  Then we loaded it up and took off: 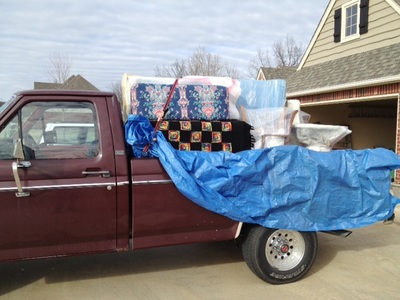 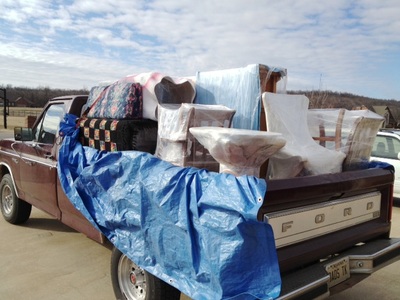 And the truck made it round trip with nary a problem.  Here's the breakdown of the MPG it got by leg of the trip:
Overall we went 2901.7 miles using 212.563 gallons of gas for an average of 13.65 MPG.  That's good for as loaded as we were, and the two legs to/from Nashville where we ran 65 MPG show that the truck was capable of getting in the 14's if driven at a reasonable speed.  Compare that to the 10 MPG the truck had always gotten and you can see how much a bit of tuning on the engine and a transmission with no slippage and an overdrive gear can make.

But, as well as the truck did on that trip, when we got it home I started planning its "restification" - meaning restoration and modification rolled into one.  I finally settled on a theme of "As Ford would have done it", meaning I'd like to use Ford parts where possible, although ones from later years are quite acceptable.  So, go poke around on the other pages regarding Dad's truck and see what you think.  But, here are a couple of shots of the truck as it nears completion at the paint/body shop: 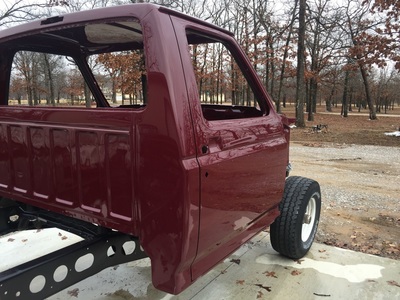 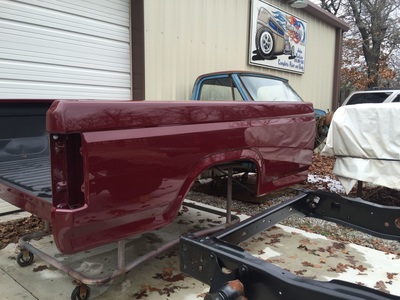