Part numbers and upgrade information for the radiator support, aka "core support" for the 1980-1986 Ford trucks.

Note that there were early supports, from 1980 through 1984, and late supports - 1985 & 1986.  The main difference is in the way the radiators attach.  You can upgrade an early support to accept a later radiator by following the directions in the 85+ Radiator In Earlier Support tab.
<
>
Part numbers for the radiator support for 1980 - 86 Ford trucks.

​Here is the 1984 core support compared to the 1995. The center section is basically the same. 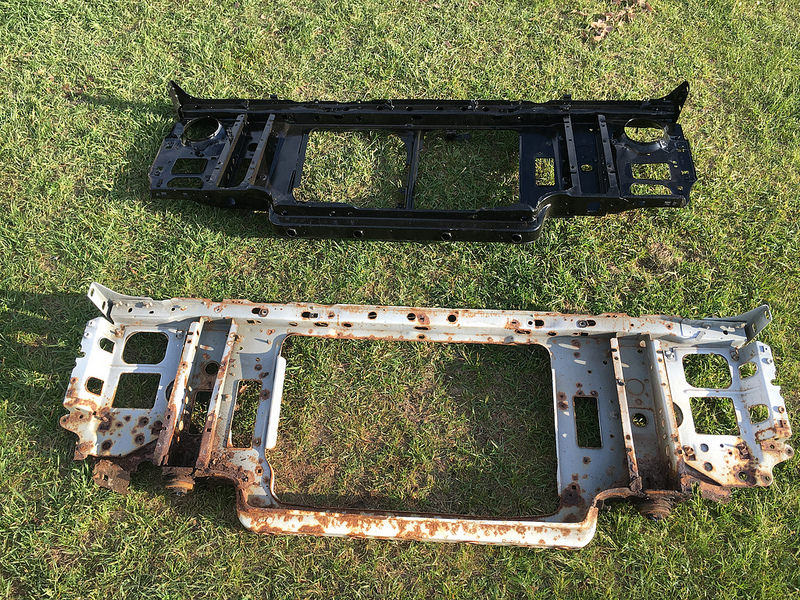 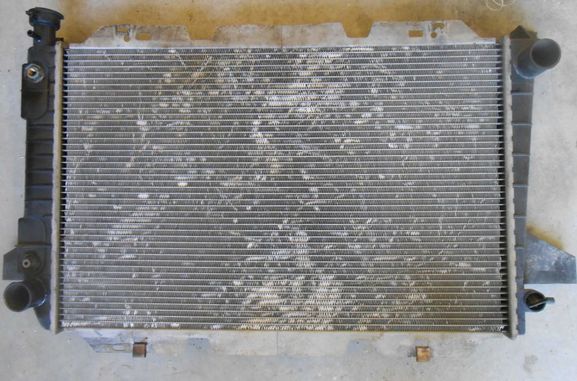 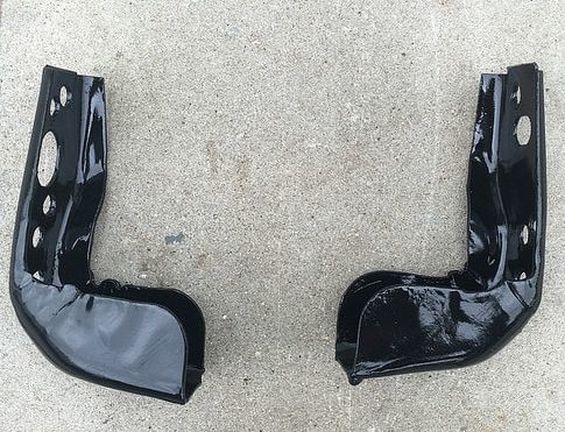 ​And they have 2 legs on the side of them that rest in 2 cups that are spot welded to the sides of the core support. Here is a picture of the cups removed from the 1995 core support and painted: 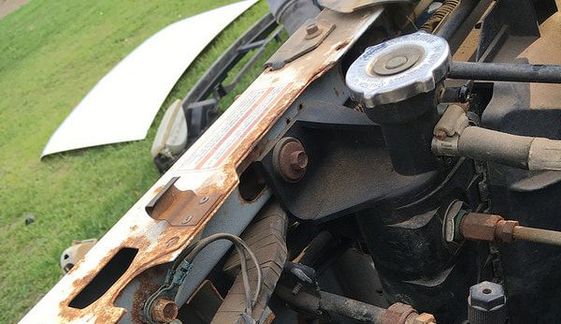 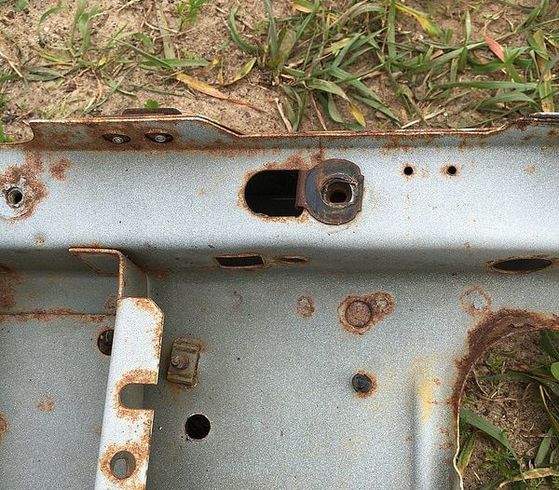 ​And here is a picture of the clip on each side: 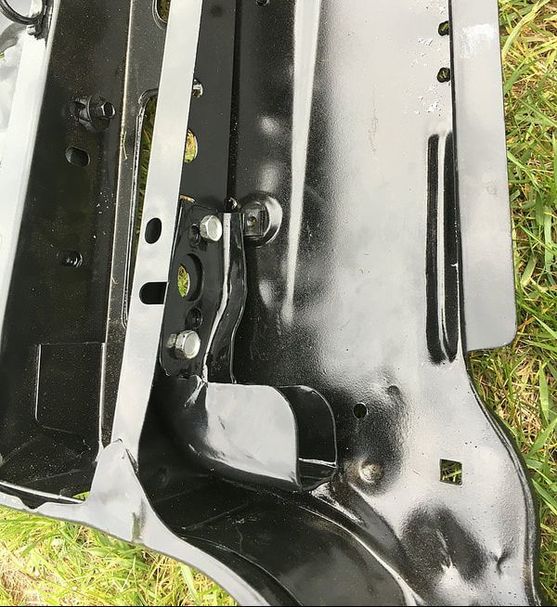 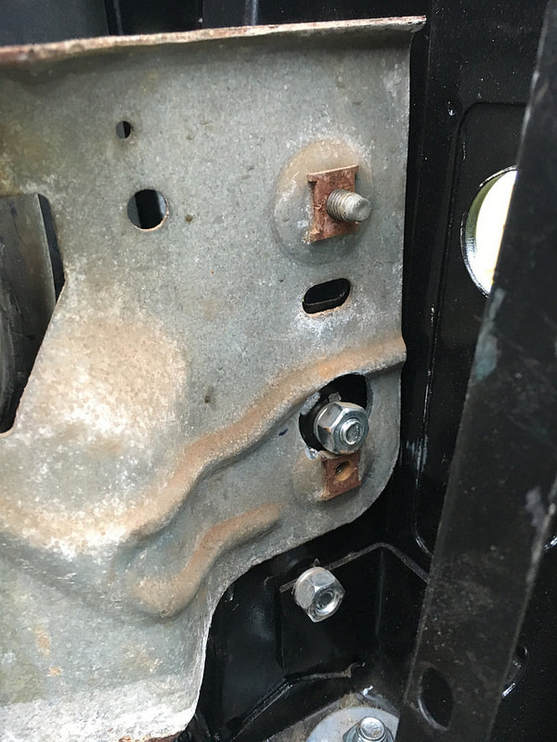 ​Spot welding them on would have been better, because one of my bolts interfered with the battery tray mount. 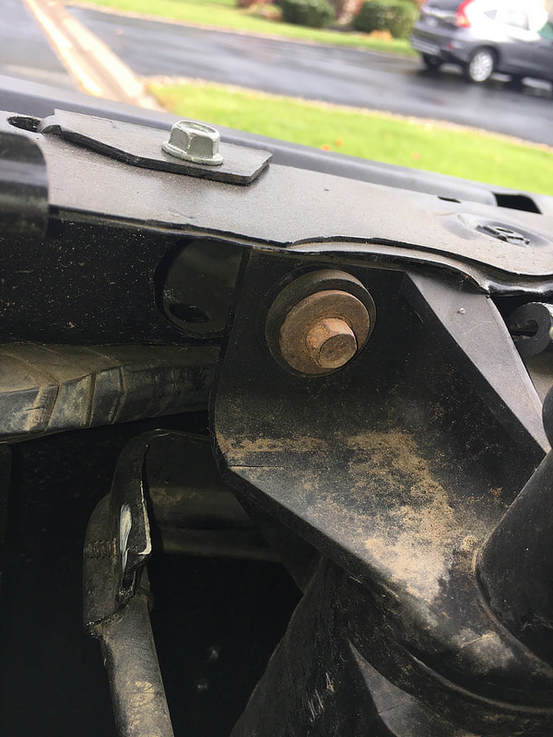 
Then I put the radiator in, marked where the top mounted, and used a hole saw and a drill bit to make the holes for the clips. I inserted the 1995 clips, and bolted the radiator in.