Ford tachometers as used on or adaptable to the 1980 - 86 Ford trucks.
Most of this information was gleaned from this thread on the Ford Truck Enthusiasts forum.  I thank the guys that contributed to that thread - especially David & Jonathan who provided most of the pictures.  And, thanks to Bill for the info on the F & FT trucks.
SUMMARY
The info below is good when you have the tach in your hand, meaning out of the instrument cluster.  But what if it is still in the truck or still in the instrument cluster?  Usually you can see the #'s on the face, and certainly the RPM range, and from the information below it looks like:​But, when you get the tach out there are the #'s on the rear of the tach - but only if it is an enclosed variety.  Apparently the enclosure itself of the "enclosed" variety is E0TF-17360-Y as both gas and diesel varieties show that.  So, to find the #'s that correspond to those below in the right hand column you take the "E0TF-17360" and the letters that are stamped in black ink.  For example, the first tach shown in the pictures has an AA in black, so it is E0TF 17360-AA and is, therefore, an enclosed style 6000 RPM gas tach.

However, since Ford used the same style dash in the big trucks (F600's to 800's), and since those engines operated at lower RPM's, there actually are other tachs around that will bolt right in and work.  NumberDummy supplied this information about those tachs and, as you can see, there is a wide range of full-scale RPM.  But be aware that some of those were 8-cylinder only and didn't have the 8-cylinder ground terminal. 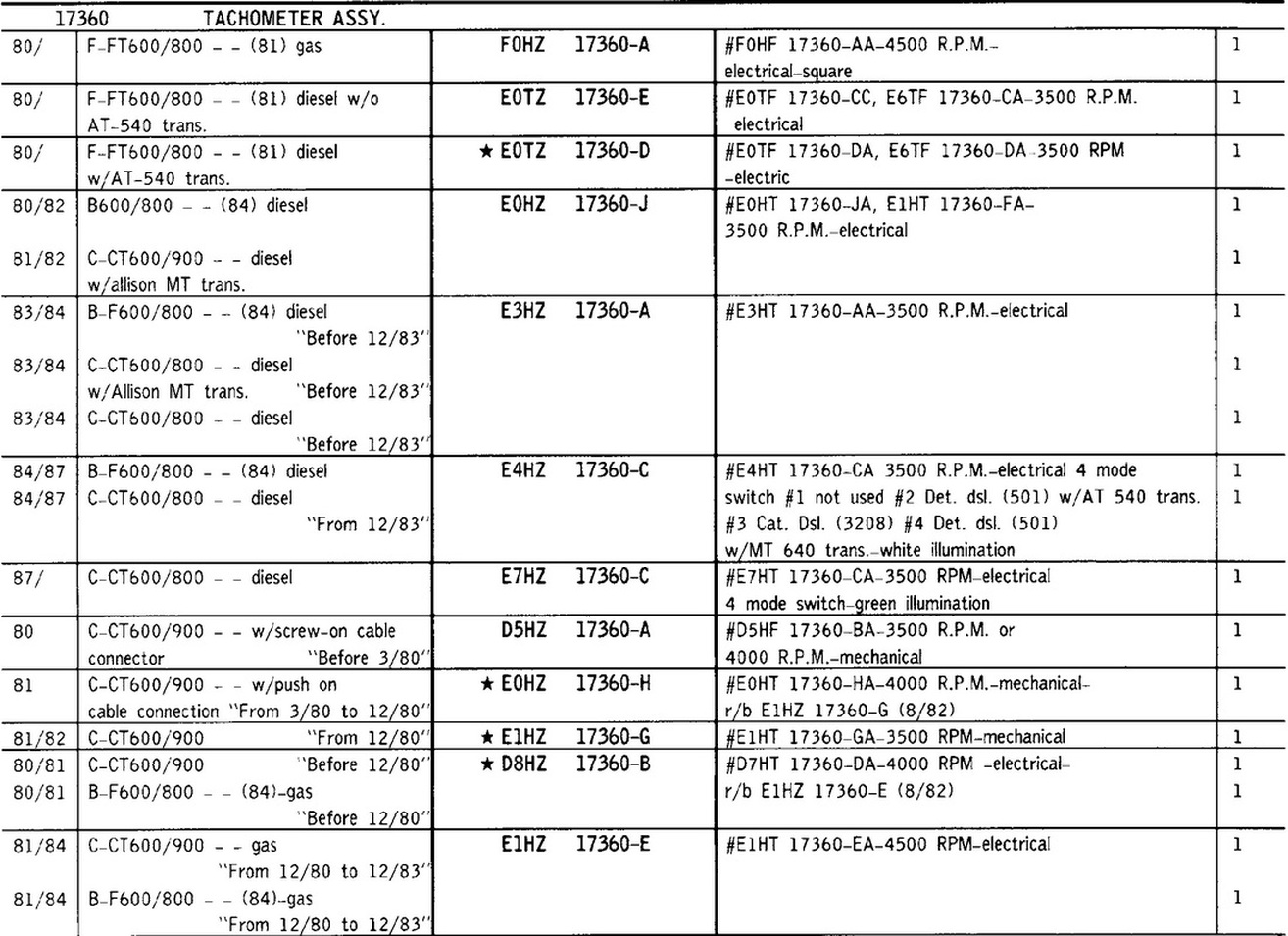 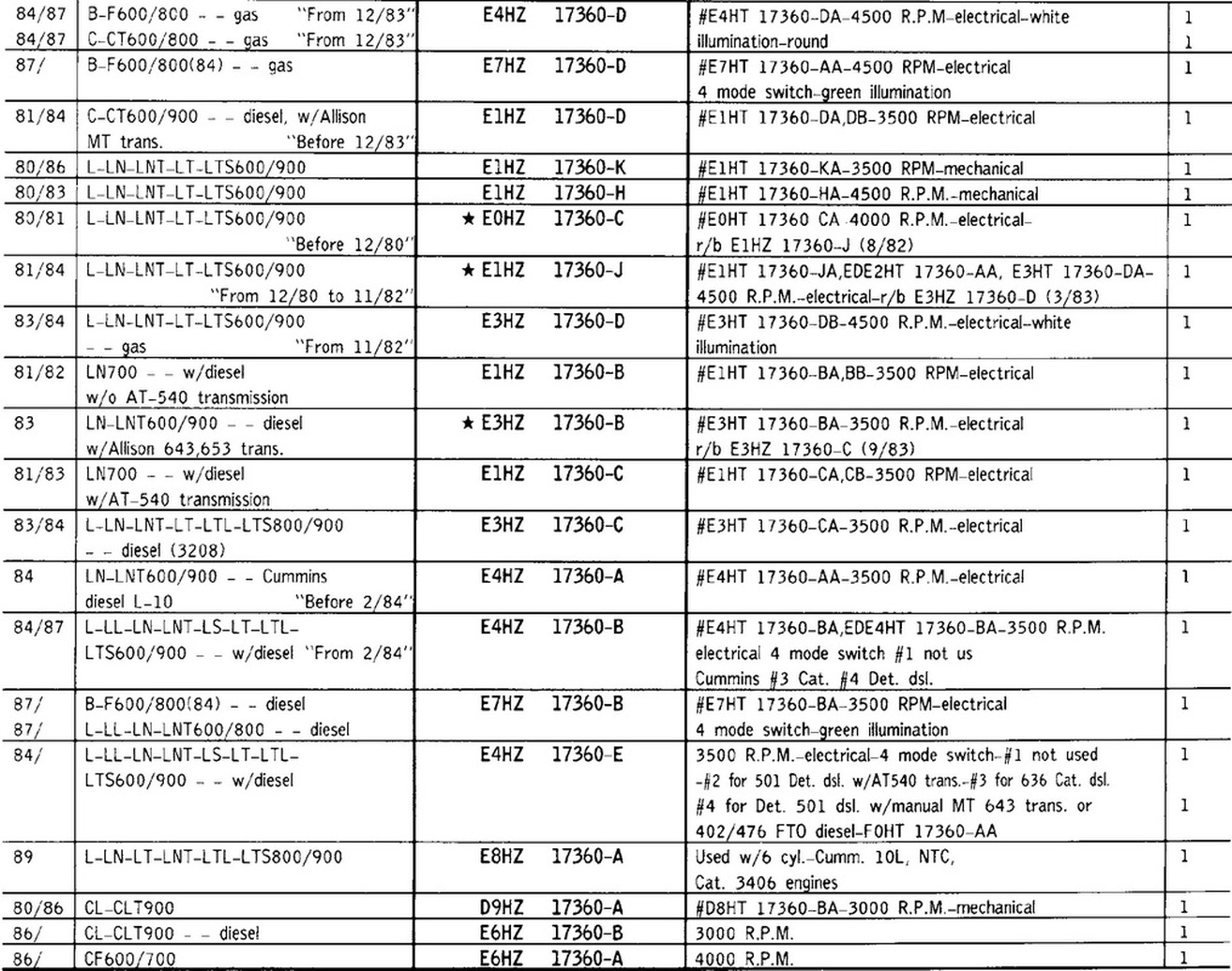 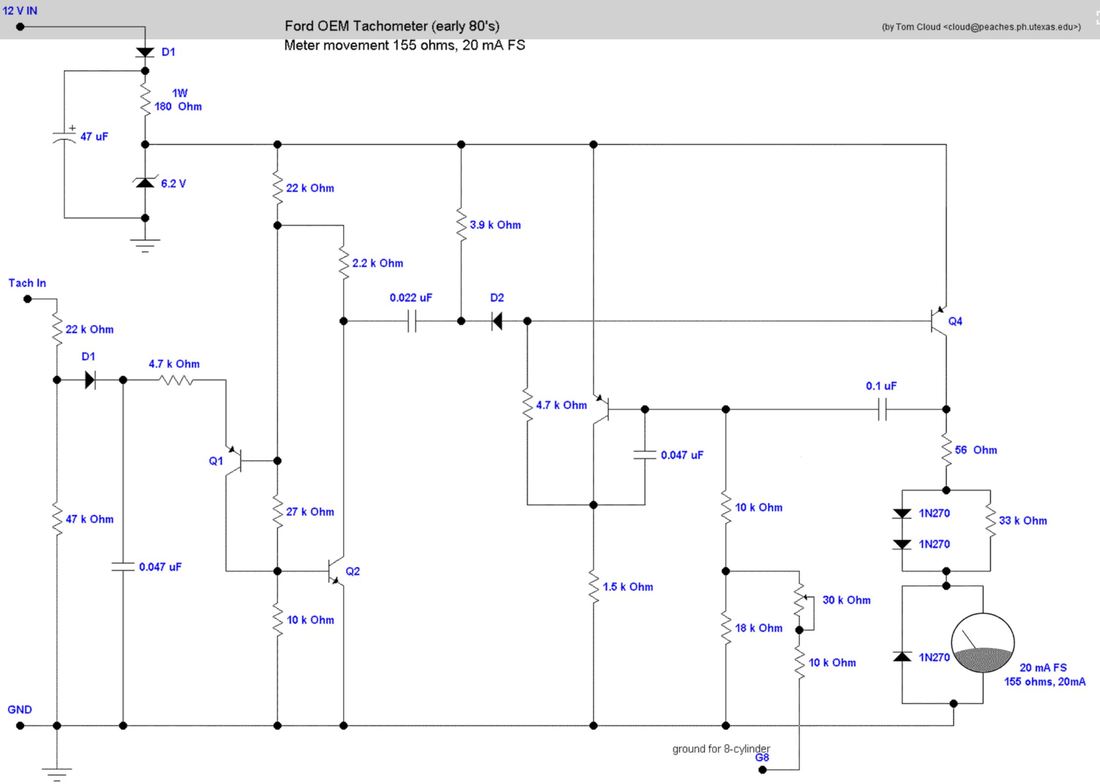 PICTURES
Here are pictures of many of the tachometers from various sources to help you identify them:
<
>
This is an example of a standard E0TZ 17360-A 6000 RPM gas tach.  This one is of the early "enclosed" variety, meaning that it has an enclosure around the discrete electronic components.  The face says E0TF-17B316-A, and embossed on the rear is E0TF-17360-Y.  But, if you leave off the "Y" and use the stamped letters you get E0TF-17360-AA.  And, that's exactly what the parts catalog says the early version of E0TZ 17360-A should say. 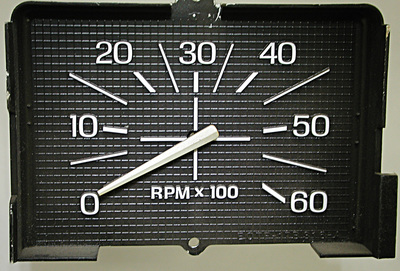 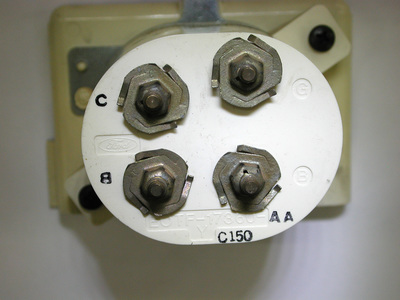 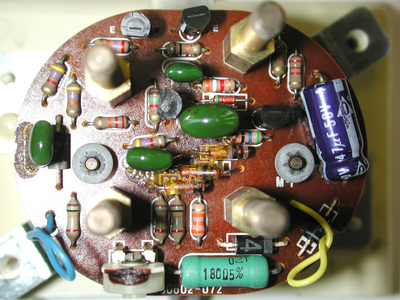 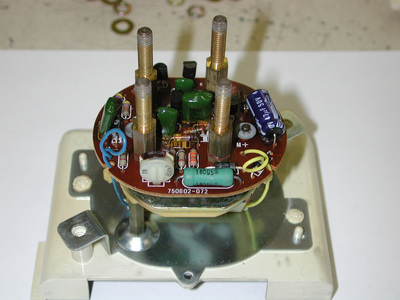 This is a 6000 RPM tach for a gas engine, and is of the later "open" variety with no enclosure and integrated circuits.  The face says E0TF-17B316-A. 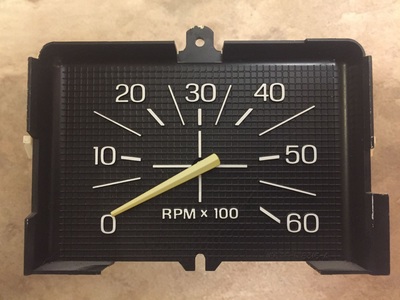 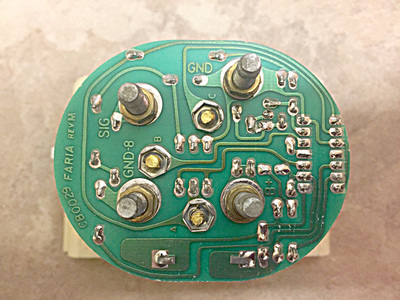 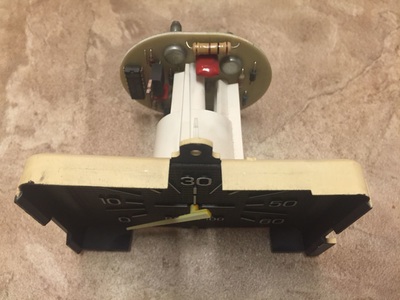 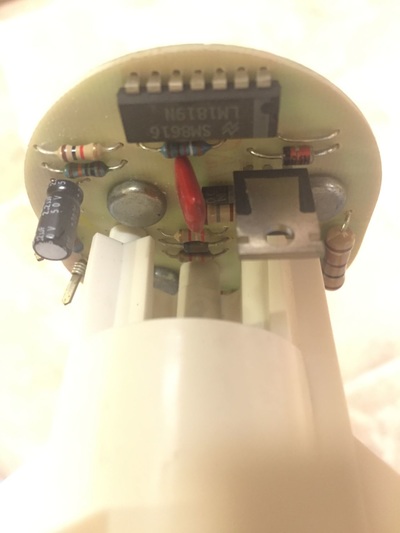 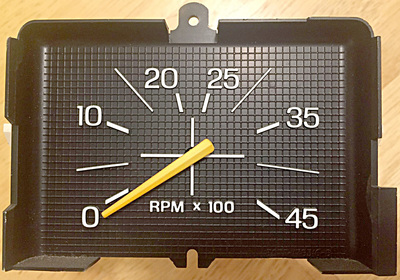 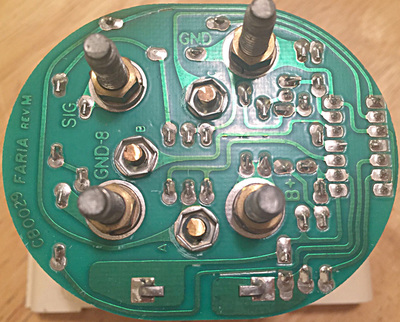 Here are pictures supplied by Jonathan/Ford F834 of a closed style (non-integrated circuit) 4500 rpm gas engine tach. It came from a 1986 F700, so he expected it to be integral circuit, but it wasn't. The engineering number is E0TF-17360-Y (cast into the plastic) and BA stamped in ink next to it. Just below the cast numbers is F191 (also in ink). The face of the tach has the engineering number E0TF-17B316-B. 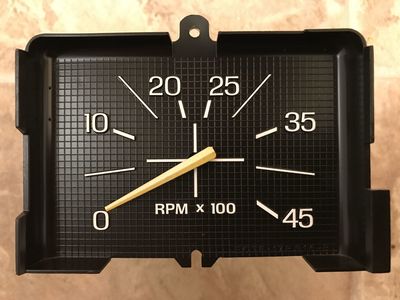 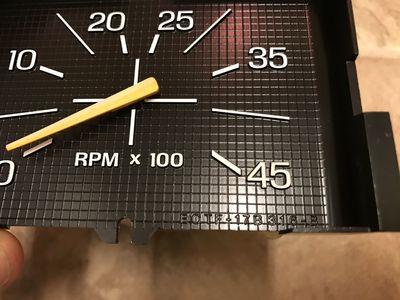 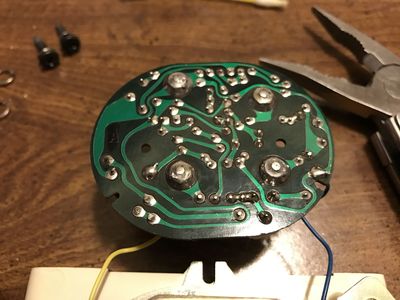 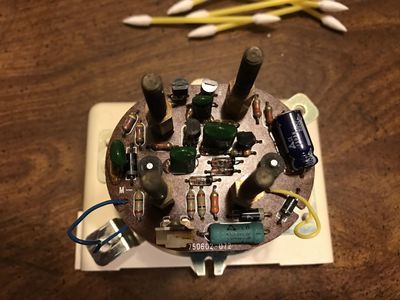 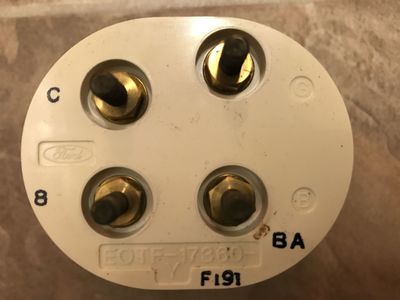 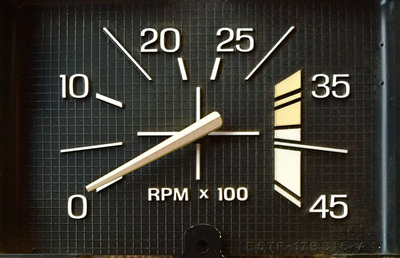 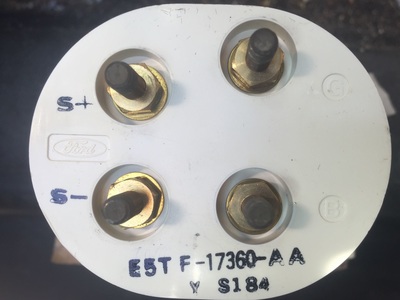 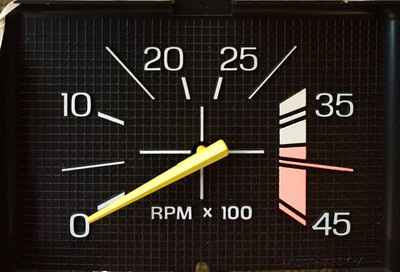 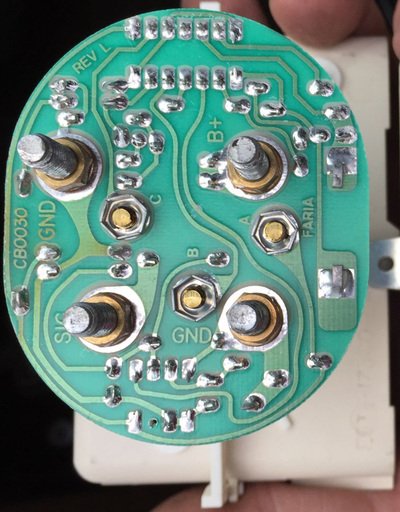 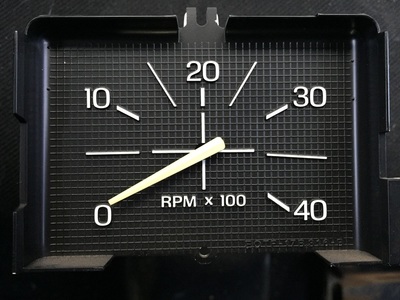 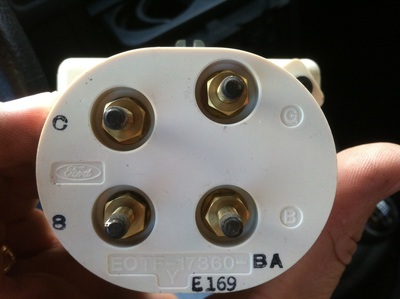 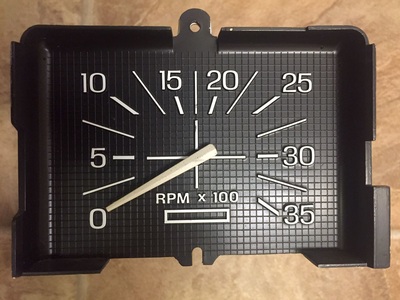 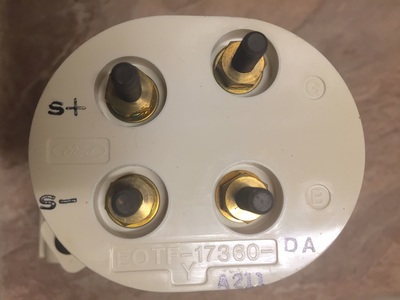