These trucks typically had none, one, or two vacuum reservoirs under the hood.  There was one with factory-installed A/C, and one for cruise control.  So, if the truck had neither of those it wouldn't have had vacuum reservoirs.

The first one to cover is the HVAC one.  This listing from the parts catalog shows there were three versions used in these trucks, although we don't know from this the differences.

However, NumberDummy provided information that says the units can be found in these Ford vehicles:
​As shown below, the illustrations in the parts catalog seem to say that the 1980 & 81 trucks all got the short can style vacuum reservoir, and the 1982-86 trucks got the plastic ball style reservoir.  I realize that this isn't conclusive as the catalog frequently uses an old illustration for a new part, but in this case it appears they went to significant effort to redraw the illustration to show the new style reservoir. 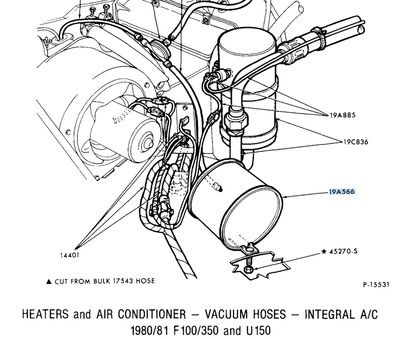 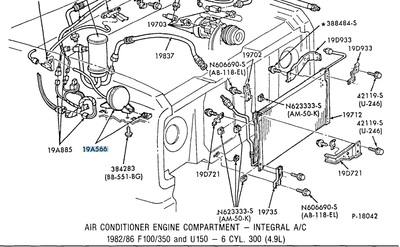 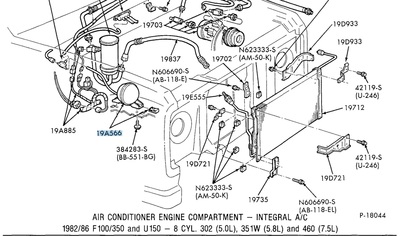 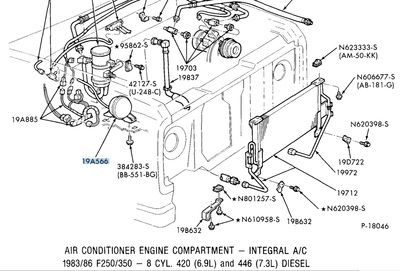 Also, I've found that the fender aprons on the two 1981 trucks I have are set up for only the short can-style HVAC reservoir.  (See the page on Fender Aprons for that discussion.)  In other words, the ball style will not fit.  So, I'm pretty sure that the D9AZ reservoir that came on the 1980 and 81 trucks, and probably the early 1982 trucks until 3/82, were the can style.  Then the trucks made "from 3/82" got a ball style reservoir.  And, I believe the reservoirs that came after 5/83 were also ball style, although I do not know the difference between them.

Now, on to the vacuum reservoir for the cruise control, or speed control as Ford called it.  Here's what the catalog shows for part #'s:

Yup, the same item was used for both the speed control and EGR vacuum reservoir.  And, as it turns out that item is available from many places, including Amazon which has this picture: 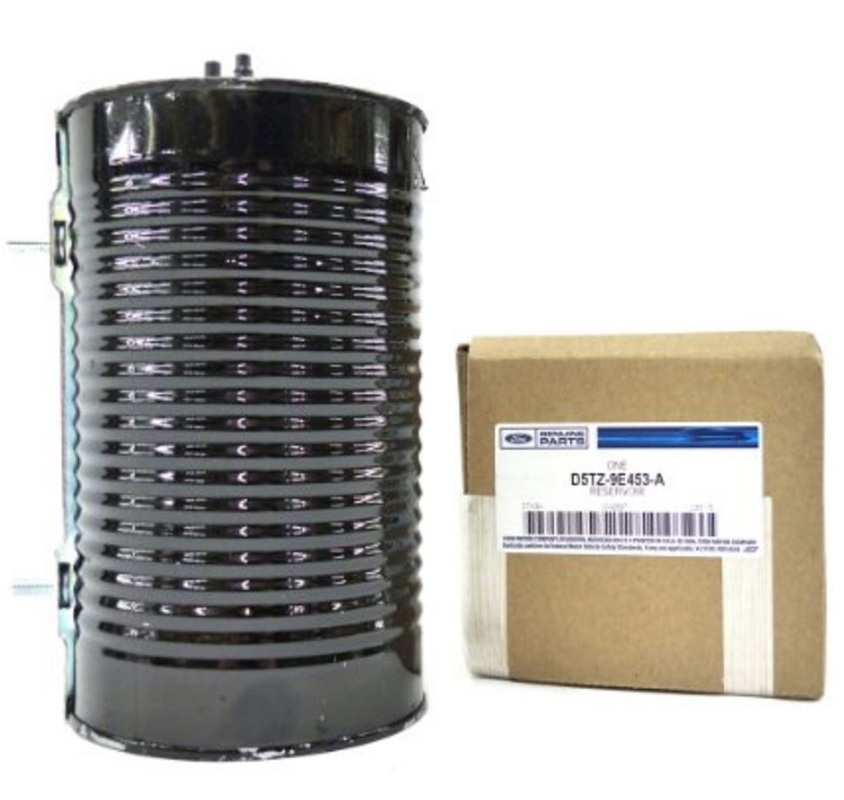 ​But, there's very little in the parts catalog illustrations that depict this reservoir.  In fact, this one from a later model is the only reasonable depiction I could find: 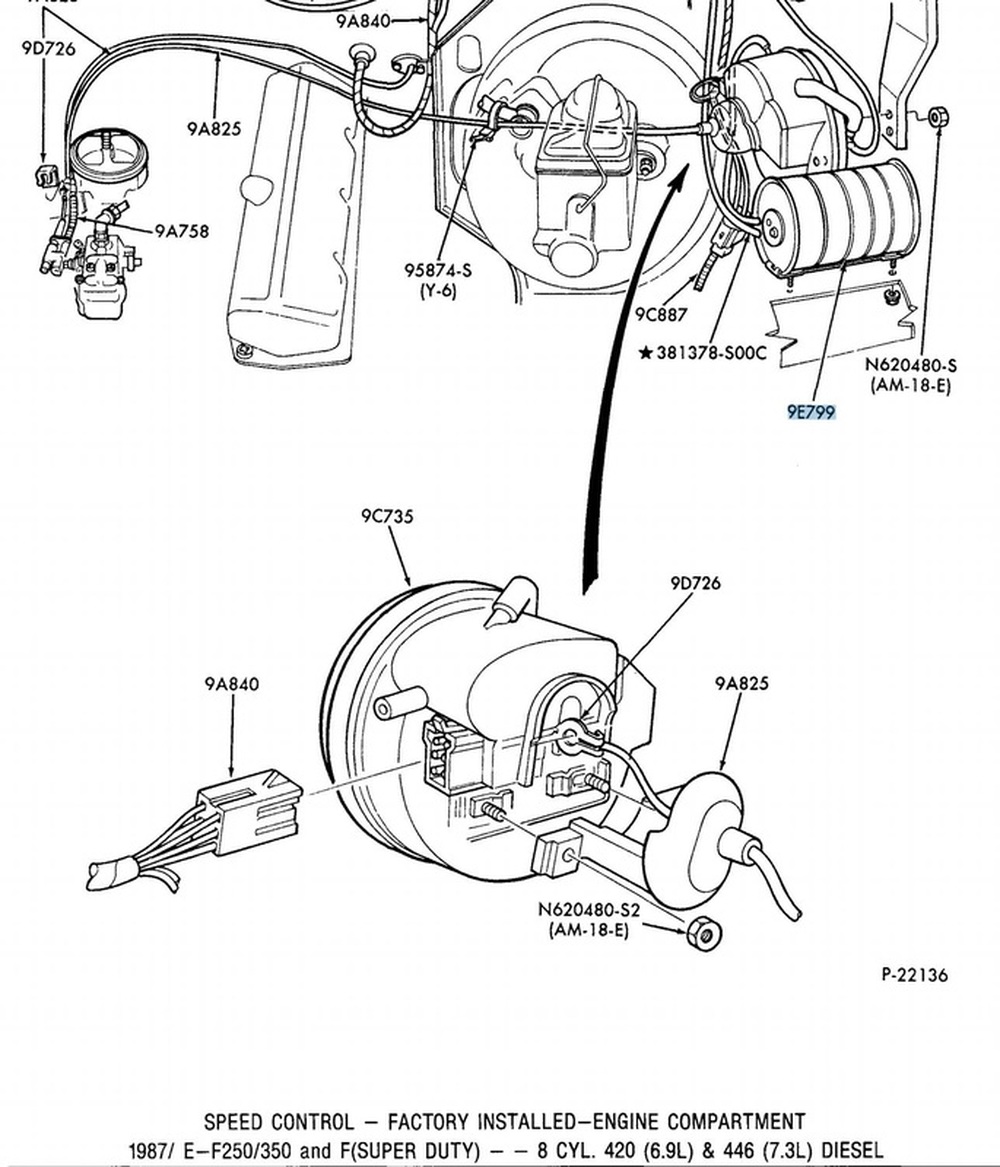