Illustrations and part numbers for the fuel vapor separators used on Ford light trucks starting in 1980.
Ford's big engines, like the 351M, 400, and 460's, had a problem with vapor locking due to the underhood temps the large engines created.  The problem was written up in TSB No. 82-14, dated July 16, 1982, aka "Article 82-14-21".  That TSB was then replaced by another TSB (Article 83-11-12-S) entitled Stalls/No Start/Hesitation in which Ford stated that "Loss of road speed, hesitation, or engine stall on the subject vehicles operated at ambient temperatures over 85~F or at elevations over 4,500 feet, may be the result of fuel vaporization."

To prevent that they said "A modification kit is available for vehicles experiencing this condition. It consists of an in-tank fuel pump, inertia shut-off switch, motorized fuel selector valve, vapor separator, and a vapor return system, along with related fuel lines and electrical wiring and devices."
​
Here's the illustration showing how the separator was installed on 460's with an in-tank pump: 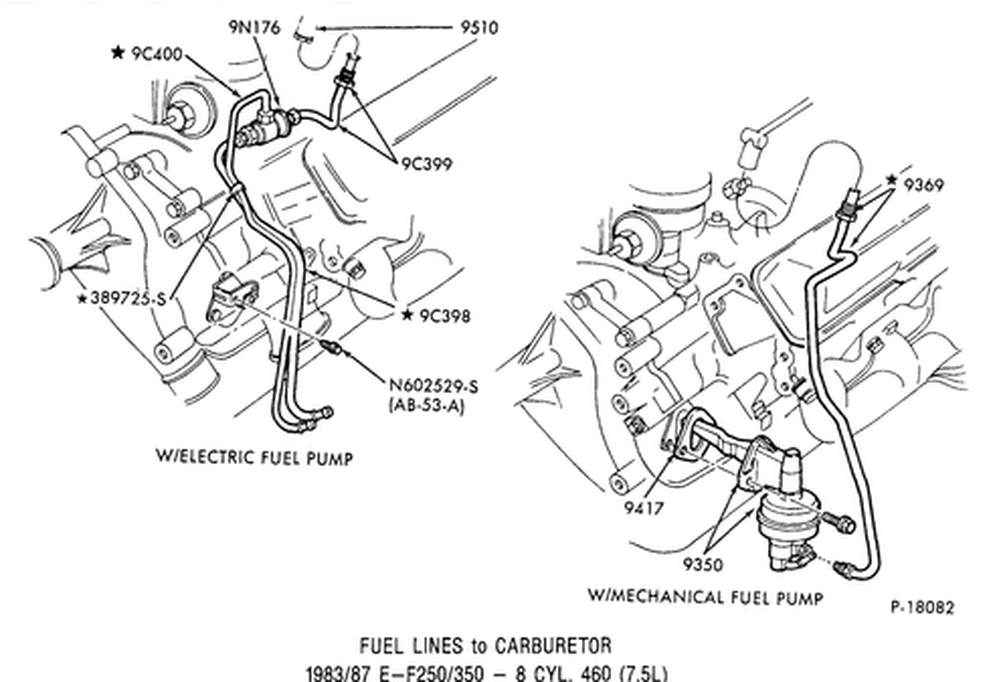 Here's the info from the catalog showing the kit for installing the fuel vapor separator on vehicles with those engines:

And here is the info on the fuel vapor separators themselves: