How to upgrade the power distribution on a Bullnose truck.  Eliminate fuse links and go with a power distribution box.
The trucks of the 80's were wired much like those of the 60's and 70's - with long runs of small wire looping through the cab before heading back into the engine compartment to power things like the headlights, HVAC blowers, trailer lighting and braking, etc.  And, they still used "fusible links", which are short sections of even smaller wire to protect the wiring harness.  But, the long runs of small wire means a lot of power is lost before it gets to the accessory.  And, by not using relays the switches have a tendency to fail - especially as they get old.  Further, if a fusible link blows you can't easily replace it.

But, by the mid-90's electrical systems had changed significantly.  Power distribution boxes which house fuses, diodes, circuit breakers, and relays had become common.  And the switches were just used to pull in the relays, thereby cutting the amount of current they had to control dramatically, and extending their life.  Plus, with the PWD and relays up front under the hood, the voltage loss to the accessories was significantly reduced.  And, should there be a problem a fuse or a circuit breaker would open to protect the circuit, and those are easily replaced.

That being the case, my plan is to install a power distribution box in Dad's truck during the reformation.  With that in mind, my friend Brandon picked these up at LKQ for me - an 88/89 Taurus/Sable power distribution block (on the left), another from a mid-90's Ford truck, a Mega-fuse, and a 3G alternator. 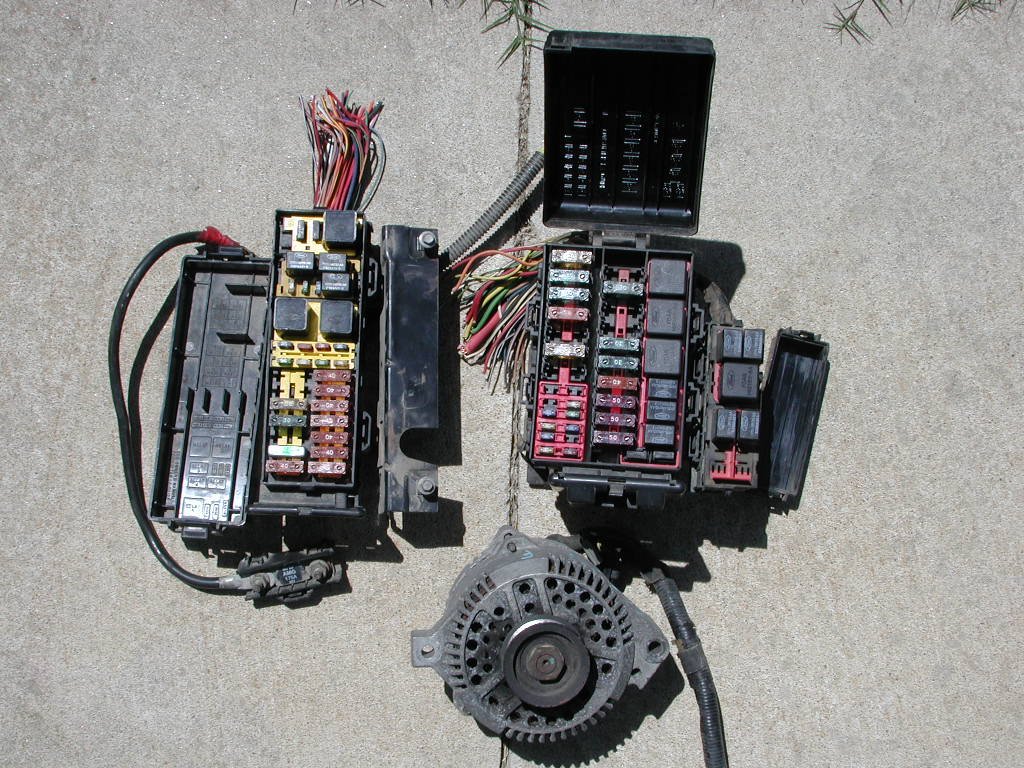 I'm going to use the one from the pickup, and here's a closeup of it:

​And, here's how it is wired from Ford: 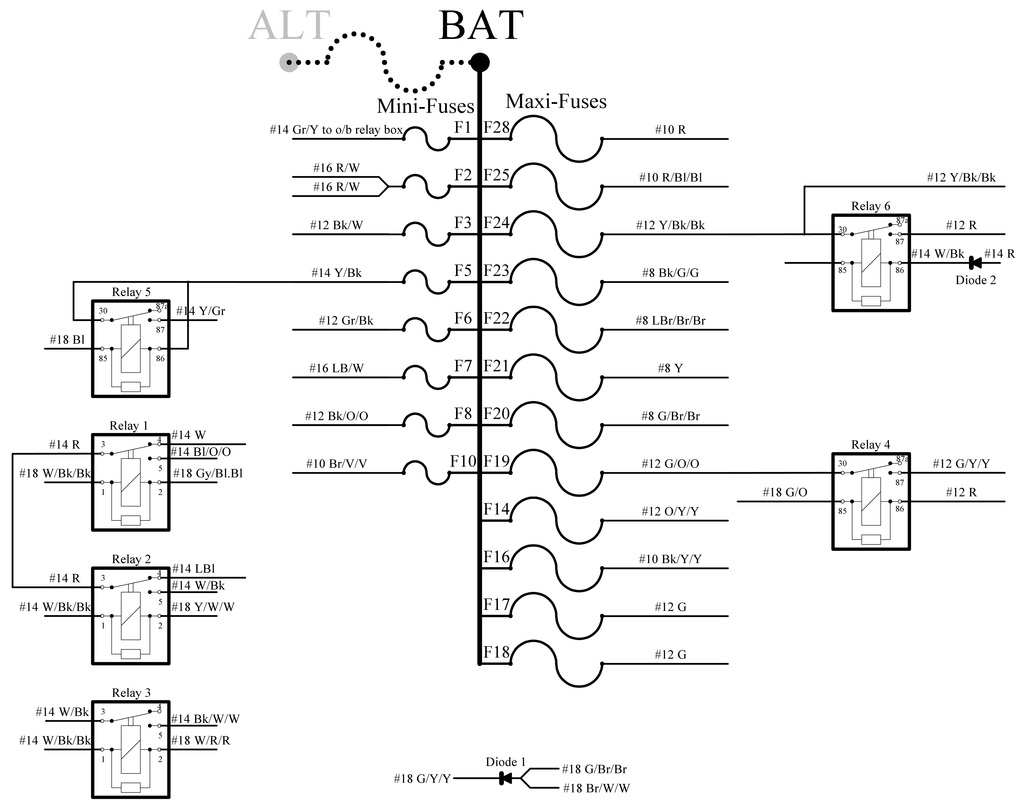 ​And, here are my wiring plans: 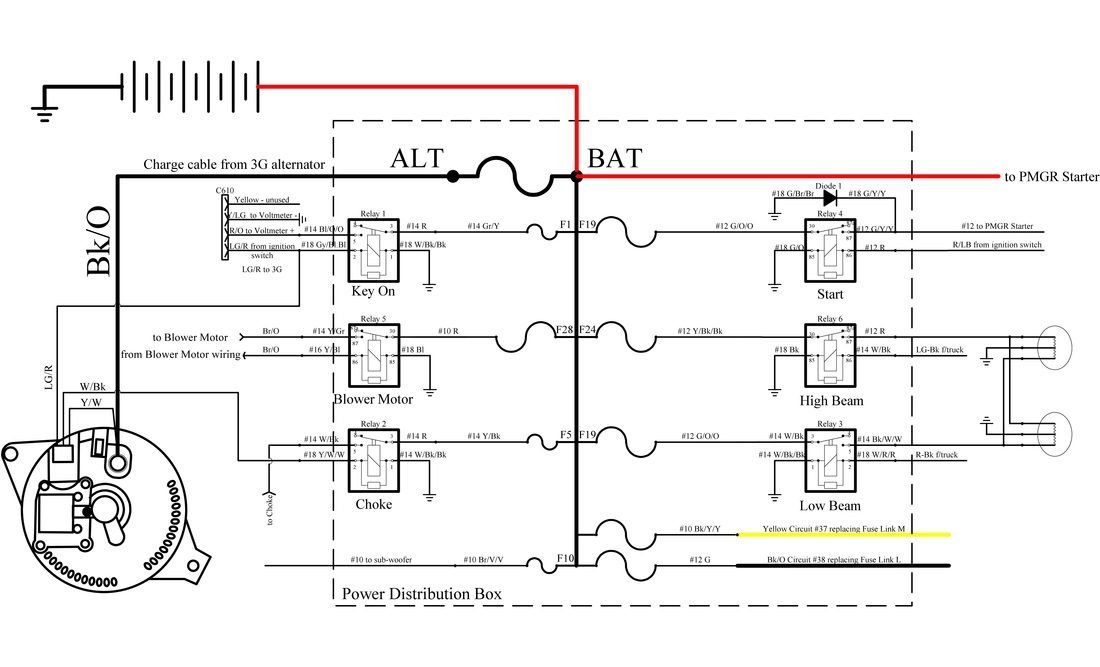 Note that this plan uses relays to power the headlights and HVAC fan, so no "headlight harness" will be needed and the headlight switch and associated wiring will probably last for the life of the truck. In addition, the fusible links will be replaced by fuses and breakers.

​And, here's where I expect to put it, using Rusty as the model. This placement, between the battery, alternator, and wiring to the cab, will keep the necessary cabling short and tidy. 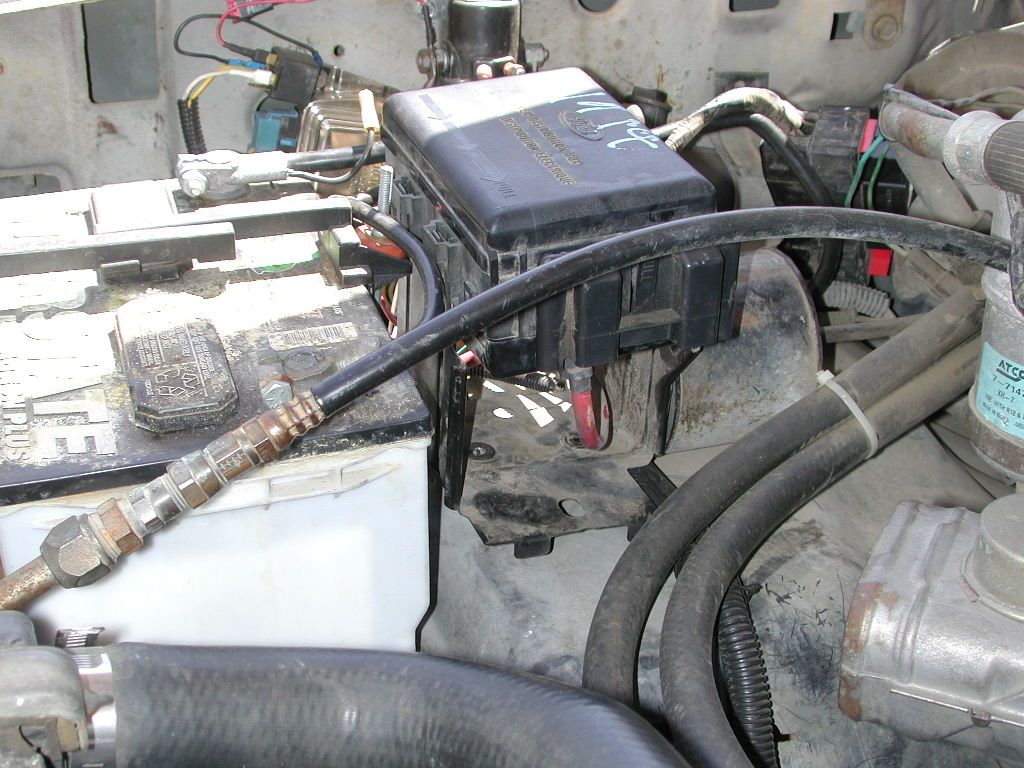