Illustration & part numbers for the Engine Compartment Light (E0TZ 15702-A) as well as the wire harness (E0TZ 15A702) and the replacement lens (E0TZ 15703-A).
The Engine Compartment Lamp, frequently called an Under Hood Light, was an option on these trucks.  It contains a mercury switch so it comes on when the hood opens, and the bulb is in a magnetic carrier and on a 20' retractable cord so it can be used pretty well anywhere on the truck.

On top of that, the trucks came pre-wired for the light as the connector marked 14401 in the illustration is already there near the brake master cylinder, and is the gray connector with the light green/yellow wire in it.  You'll just need the light and the wiring harness to install a nice upgrade.  And you can find the wiring for it shown in the EVTM's on the Courtesy, Dome, & Cargo Lamps page.

In addition, the TSB for replacing the mercury switch with a mechanical switch in the light is here. 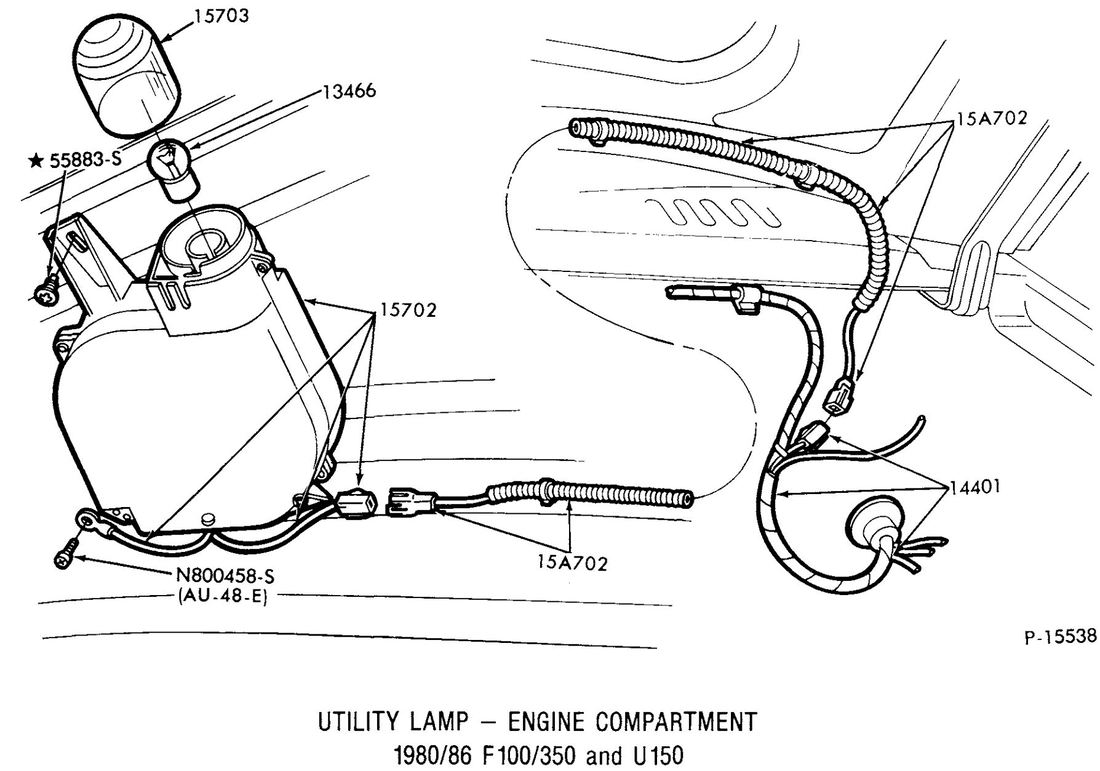 Some have asked for a source for the retainer used to hold the wire loom to the hood.  Here's what one of mine looked like after it was removed - obviously dirty and somewhat worse for the wear.  The opening measures 5/16" wide by 3/8" high, and the wire loom measures 3/8" OD.
I can't find a Ford part number for it, but here's a clip from the Auveco catalog, and it looks to me like there are two viable options: 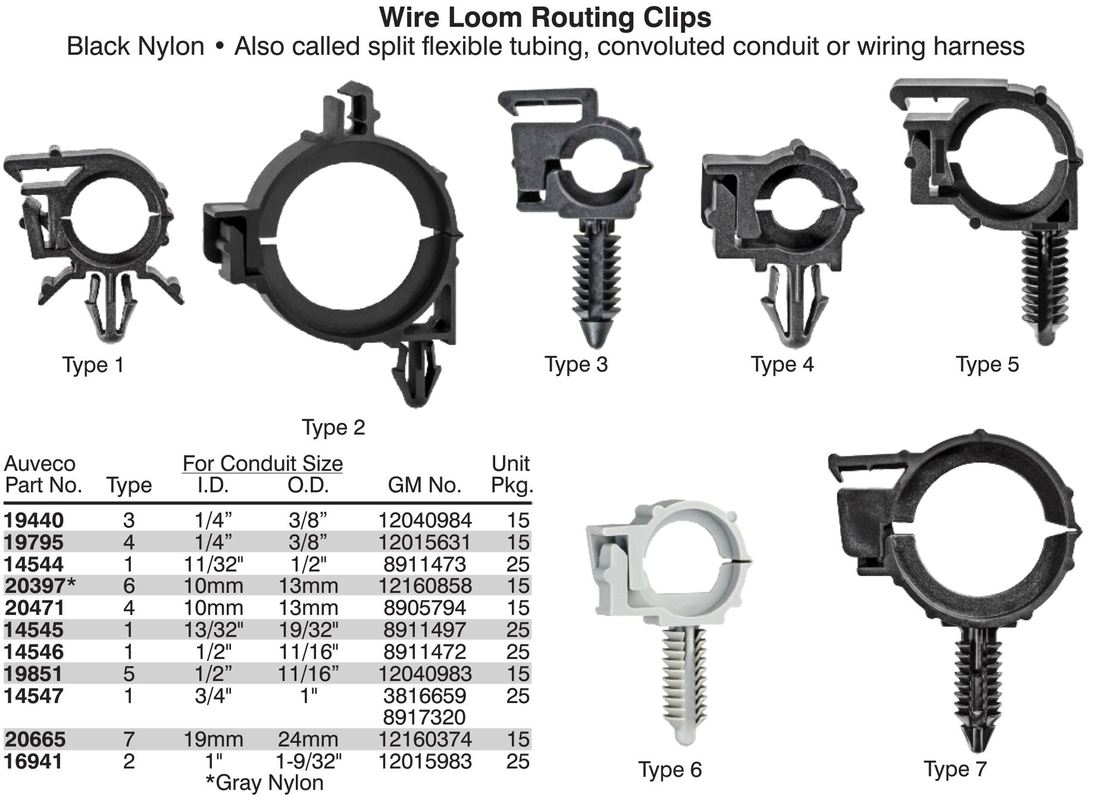