Story: Back in the summer of 2014, I traded a money pit Dodge Durango for a previous 1995 Ford Ranger (XLT 3.0 V6 Auto). While I ended up getting ripped off (it had a bad transmission), I fell in love with the truck and daily drove it through my final year of college (during which I wrecked it pretty bad but was able to repair), as the getaway car at my wife and I’s wedding, and into the first year of my current employer. However, in December 2016, my wife effectively totaled it, and I just had to have another 1995-1997 ranger with the same long-bed loaded interior combination, which apparently is rare. I found my current ranger (also a 1995, only with a better engine, transmission, axle, and ABS system) up in Aurora, IL in January 2017, and despite the rust and issues present (worn interior, etc.), I made a deal and drove it home. Many of the upgrades were either moved over or copied from the first ranger (which I used as a parts truck until I scrapped it); I’d say 50% of the interior came from the 1st ranger. These trucks are what sold me on Ford, and having come from a previously Ford-hating family, the bar was high and both Rangers delivered. 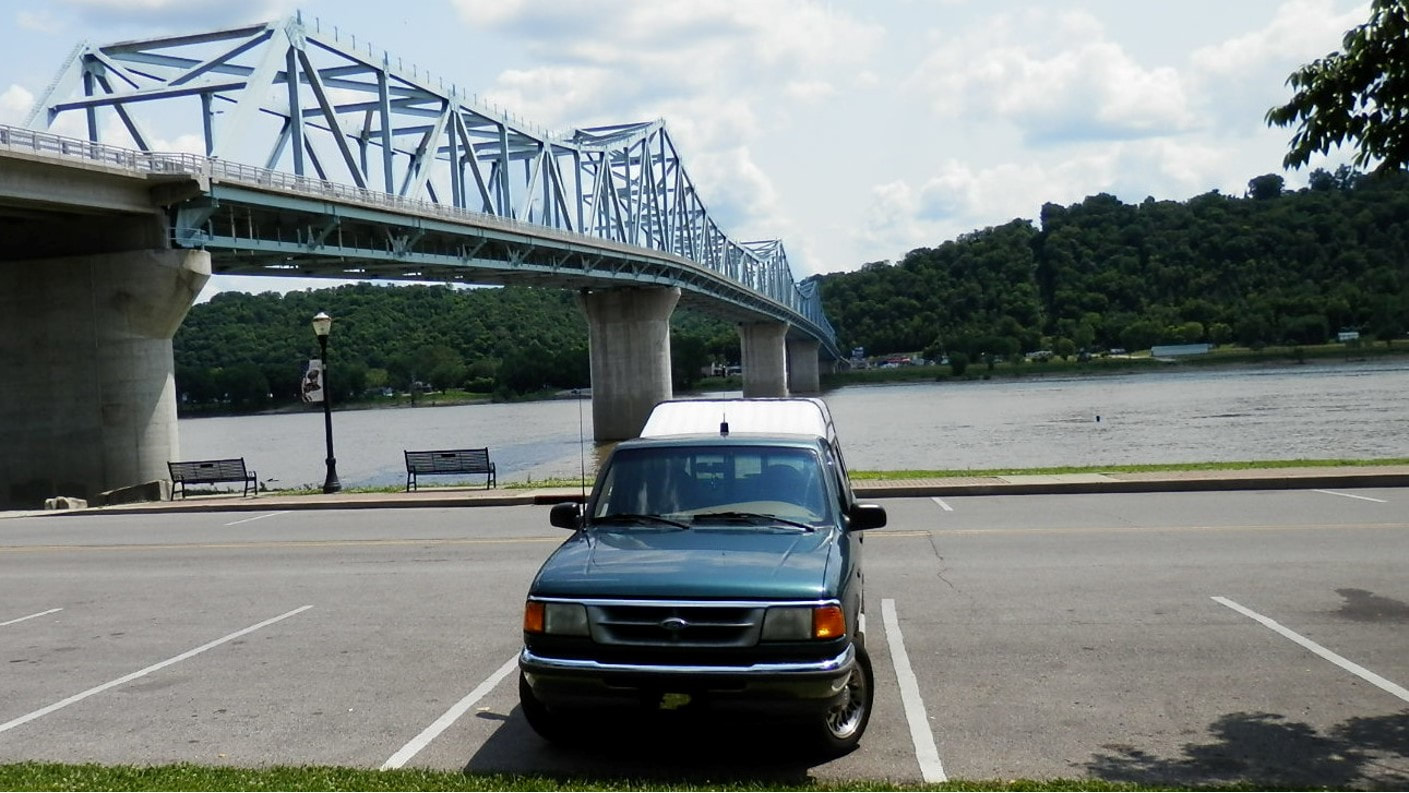 A picture of the truck originally shot in June 2019. This is my favorite spot for taking vehicle pictures. 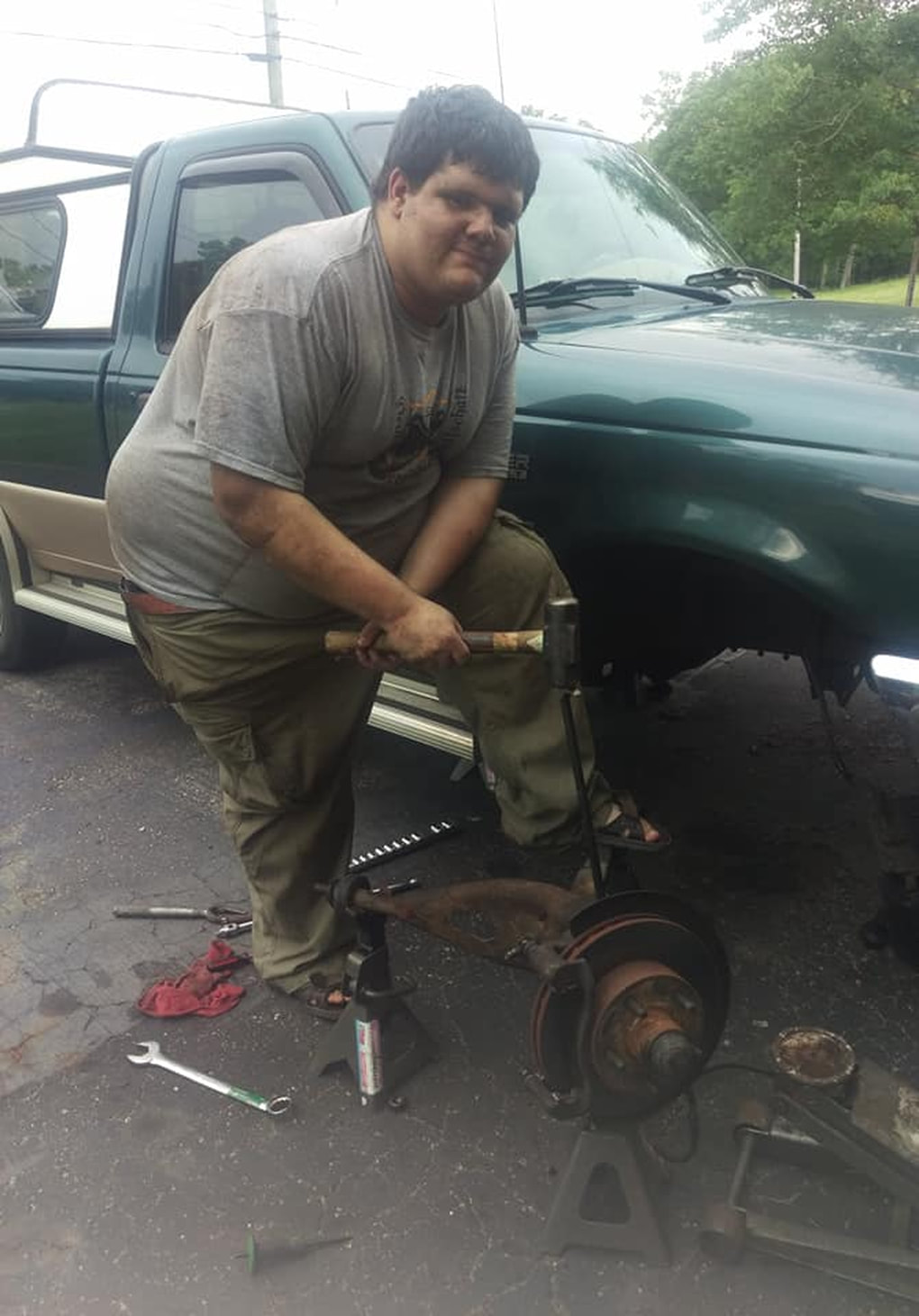 Hammering out radius arm/spring bolts as part of a radius arm replacement, July 2019. I was using 5 of my 6 jackstands that day! 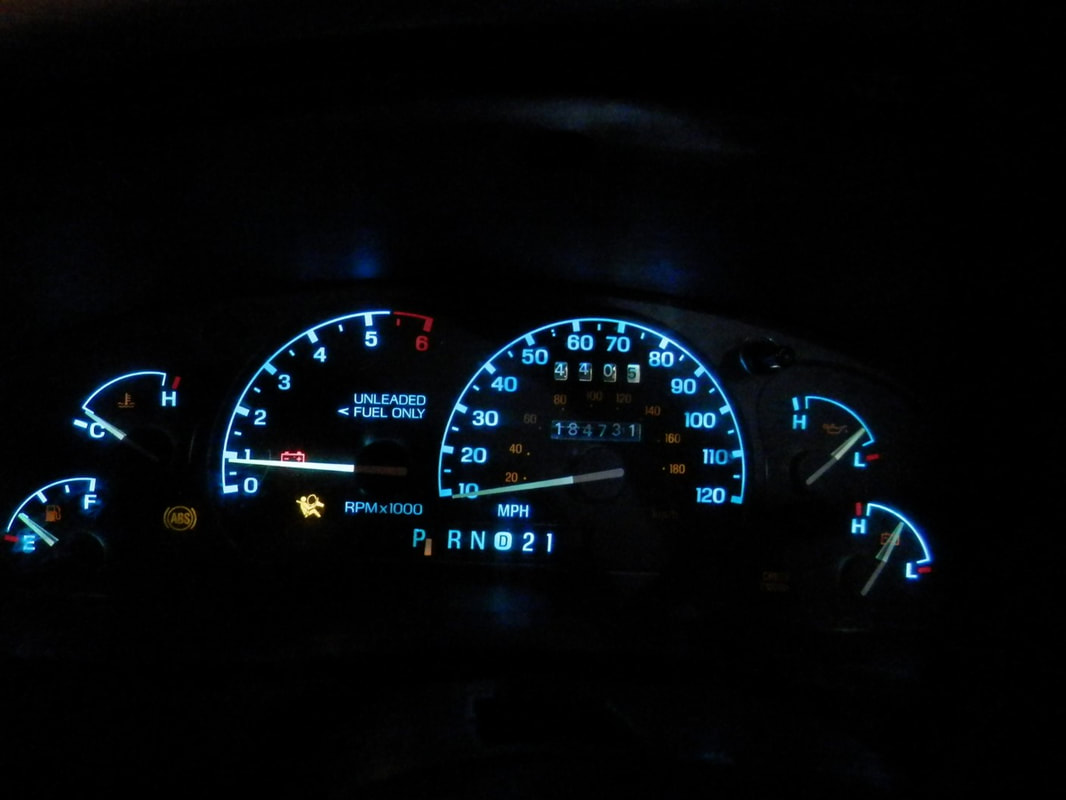 One thing I did to the Ranger is swap all the interior’s incandescent bulbs for LEDs… however, I have yet to find ones (in the 194 and T5 sizes) that last a decent amount of time before overheating and burning up. No project is ever truly finished. 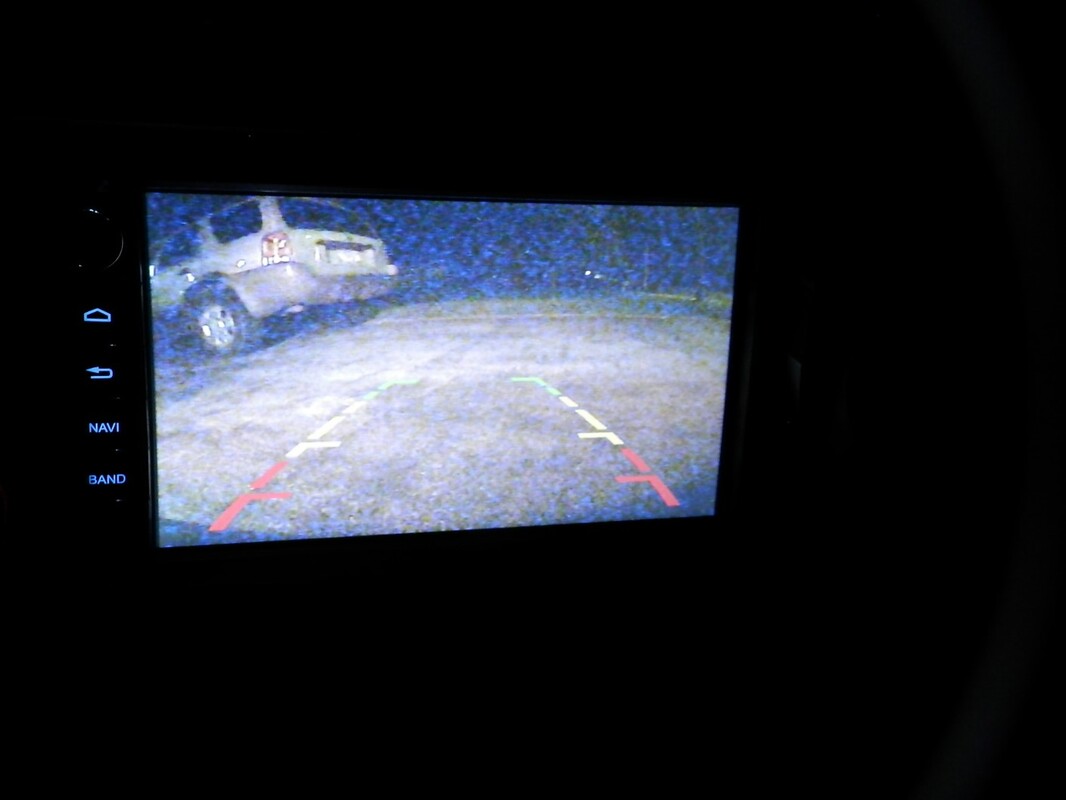 Not in video: The backup camera in action. Even at night, it works decently well! 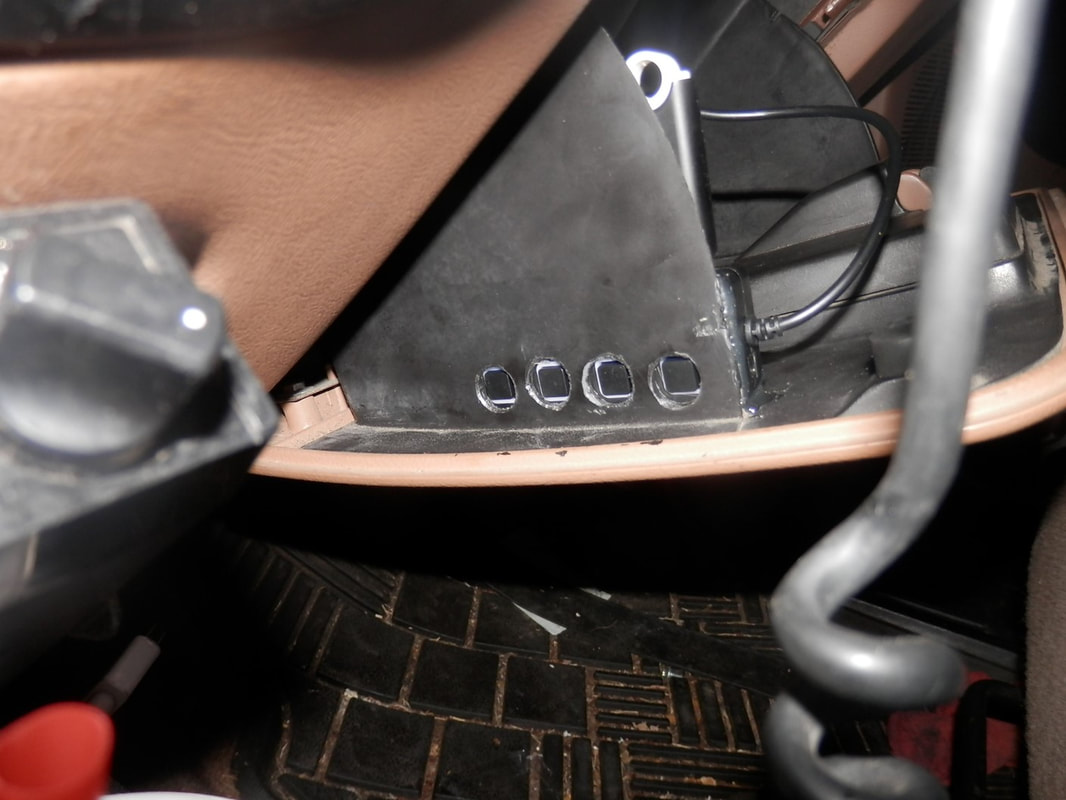 I Integrated a USB hub with individual on/off buttons into the side of the glove box. Before I added the custom interface board to the head unit (see below and the video), this is how I toggled power to the USB OBDII adapter to make it work after powering up. This also gives convenient access to the flash drive which stores the music library I play from, and for any other USB devices I ever need to plug in. 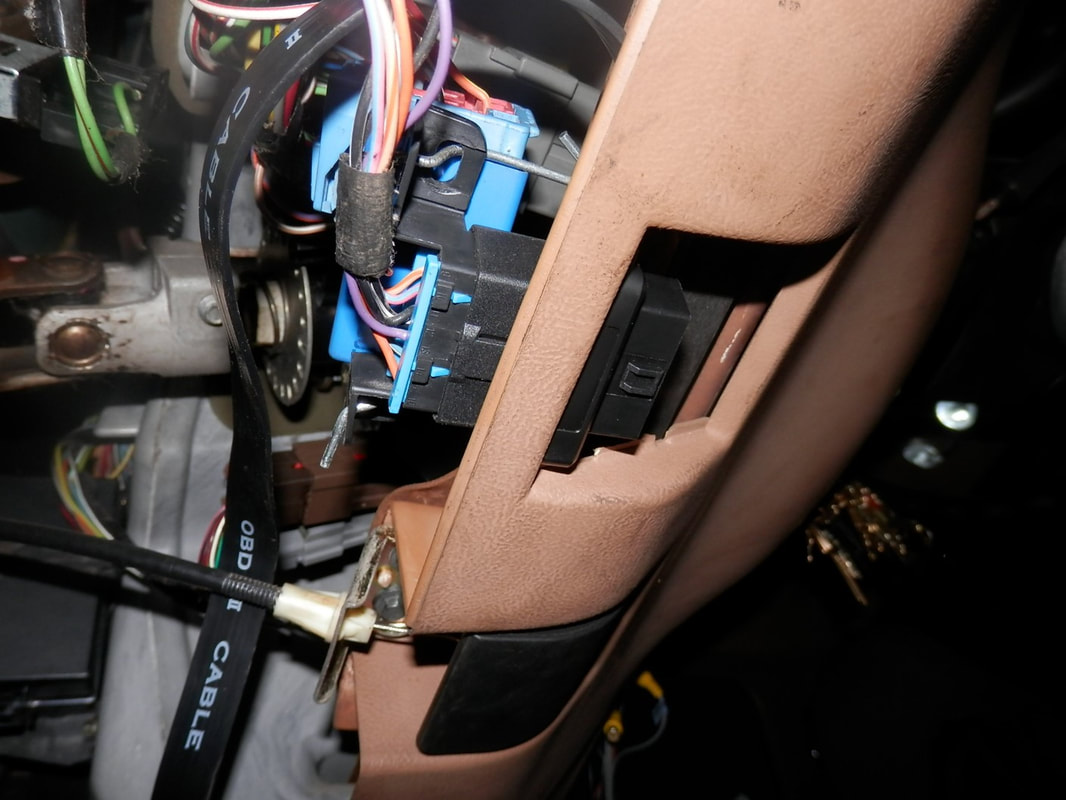 This is a “hidden” inline OBD2 splitter, with the OBDII port mounted on handmade wire brackets to allow the stock port cover (not shown) to fit over. The side cable runs to a USB to OBDII adapter hidden under the head unit. The “original” port still works, as long Torque (or any other OBDII app) isn’t running on the head unit.

This is a CAD rendering of the custom circuit board I designed and had made for the head unit. This board replaces all harness adapter splices, gives an interface for the backup camera, provides a Power off delay function (board annotation error), and provides relay control for the backup camera signal and OBDII USB (needed to deal with a handful of head unit glitches, see video). This design still has a few mechanical issues, but I was able to work around them, and with no external demand for replicas, I couldn’t be bothered to make new boards.