There were two versions of the kick panels [Vent (Cowl Side) to Ford] used in these trucks.  Those in trucks with factory-installed air conditioning got kick panels w/o the vents, as shown to the right, and the vents had a plate with a gasket over them.  For some reason the parts catalog doesn't include the part #'s for the kick panels on factory-installed A/C trucks.  However, NumberDummy has said:
And FTE'er FuzzyFace2 has provided pictures of  his A/C-style kick panels that show this on the back sides:
I addition he provided pictures of his non-A/C kick panels with vents that show this on the backs: 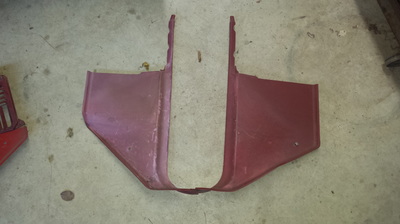 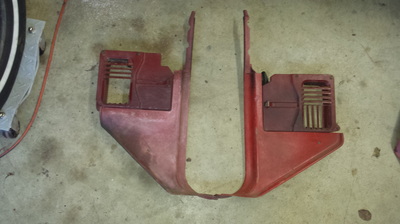 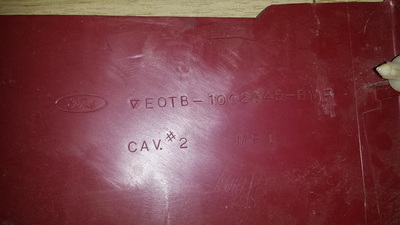 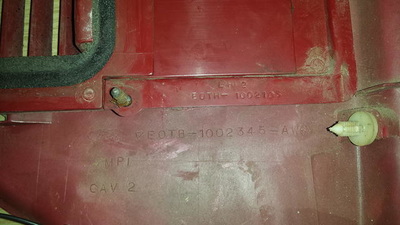 And here are the listings from the parts catalog: 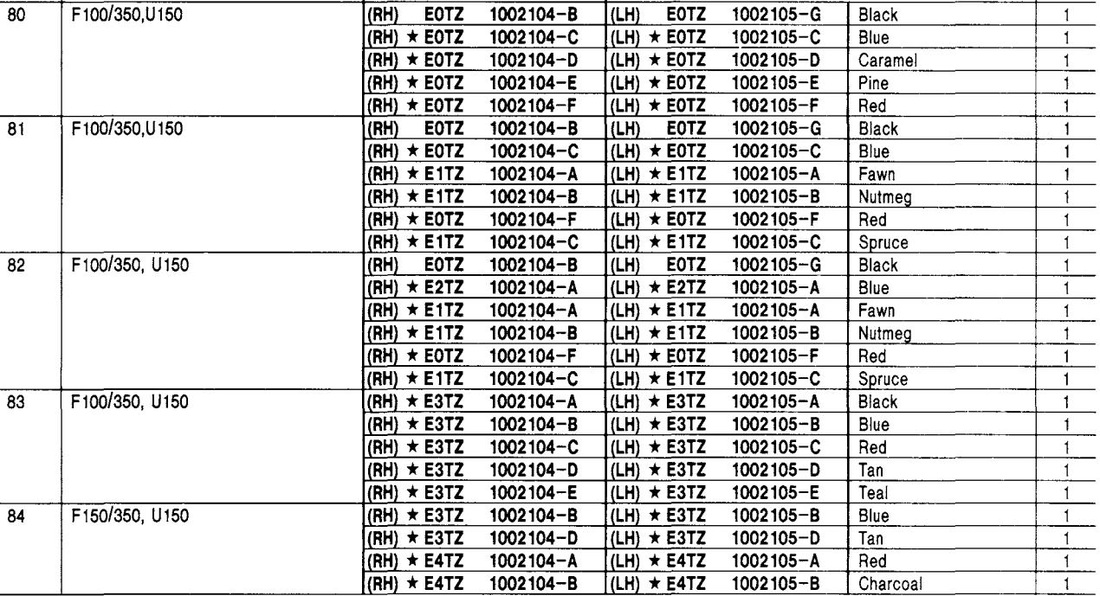