The key to brighter lights for your 1980 - 86 Ford truck: Relays
1980 - 86 Ford Trucks
​As described on the page about Power Distribution on Dad's Truck, the electrical system on these trucks leaves a lot to be desired.  And, one area that is particularly bad is that of the headlight wiring.  The way this works is that power comes from the battery, through long and skinny wires to the headlight switch, and then back out to the engine compartment to the headlights.  This gives two problems: Voltage loss and failing headlight switches or wiring, as described on the page called Electricity 099.  The voltage loss means the headlights never get full battery voltage, and that means they won't be as bright as they should be.  As for the switch & wiring, many owners have discovered that their switch has burned out or the associated wiring has gotten so hot that the insulation has melted - and that frequently means it shorts into another wire.

So, what can be done about that?  The answer is to install relays in the wiring such that the existing switches control the relays, and the relays power the headlights using larger wire.  There are several vendors selling harness kits that do just that, but you can do it yourself if you are good with wiring, relays, etc.  I did it for Dad's truck and it turned out well, but I have more money invested in it than the harnesses cost, so I don't think I would do it again.  However, in case someone is a glutton for punishment, read on.....

There's a how-to on FTE entitled Whiter Whites, Brighter Brights, and it does a good job of laying all of this out.  However, I have a couple of suggestions.  First, there's no reason to cut the existing driver's side headlight socket off the wiring.  I just put 1/4" male terminals on my wires and pushed them into the socket as if they were the headlight's terminals.  Then I taped them in tightly and then taped the socket and wires such that nothing can come out nor short.  That way if anyone ever wants to put the truck back stock, although that seems a very silly idea, they can do it by just unplugging everything.  And, should something happen in the back of beyond and the relays fail, you can just unplug the harness and plug back into the headlight.

And, on the subject of things failing, I really dislike using fuses as the author of the how-to recommended.  Instead, I used an auto-reset circuit breaker that will come back on when it cools off, so if it was just an intermittent short you'll have headlights again - until next time.  And I got my breaker at O'Reilly's, which is also where I got the headlight sockets.

And, here are pictures of how I did it.  In the first one you can see that I picked up power from the starter solenoid and went right to the circuit breaker. 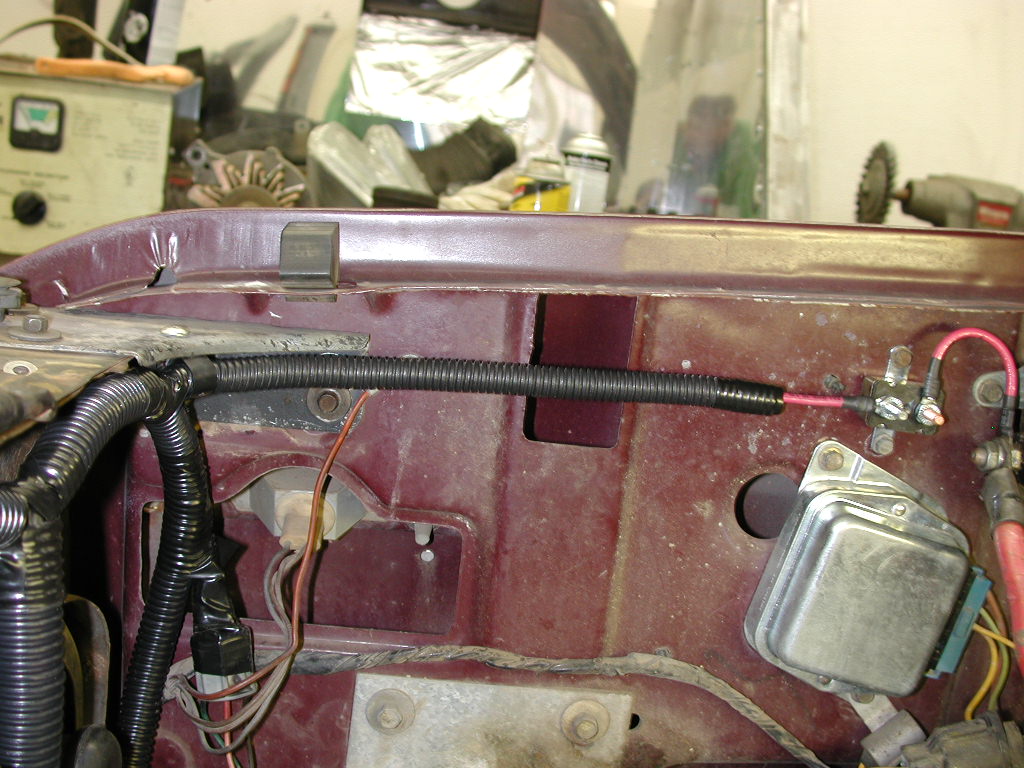 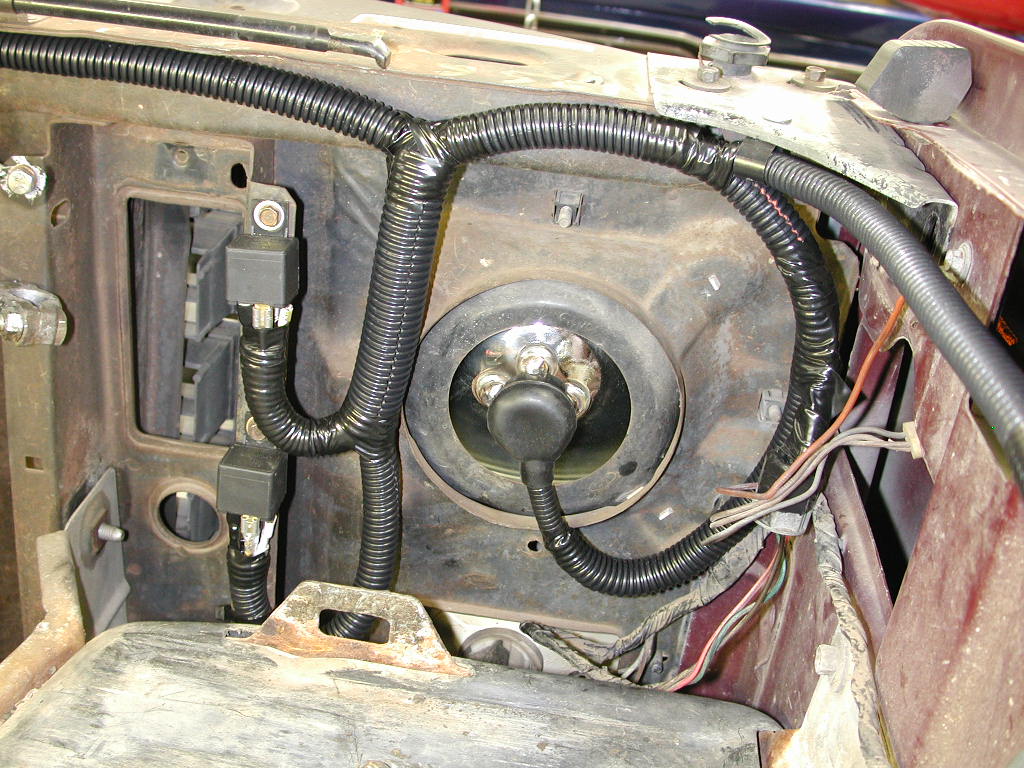 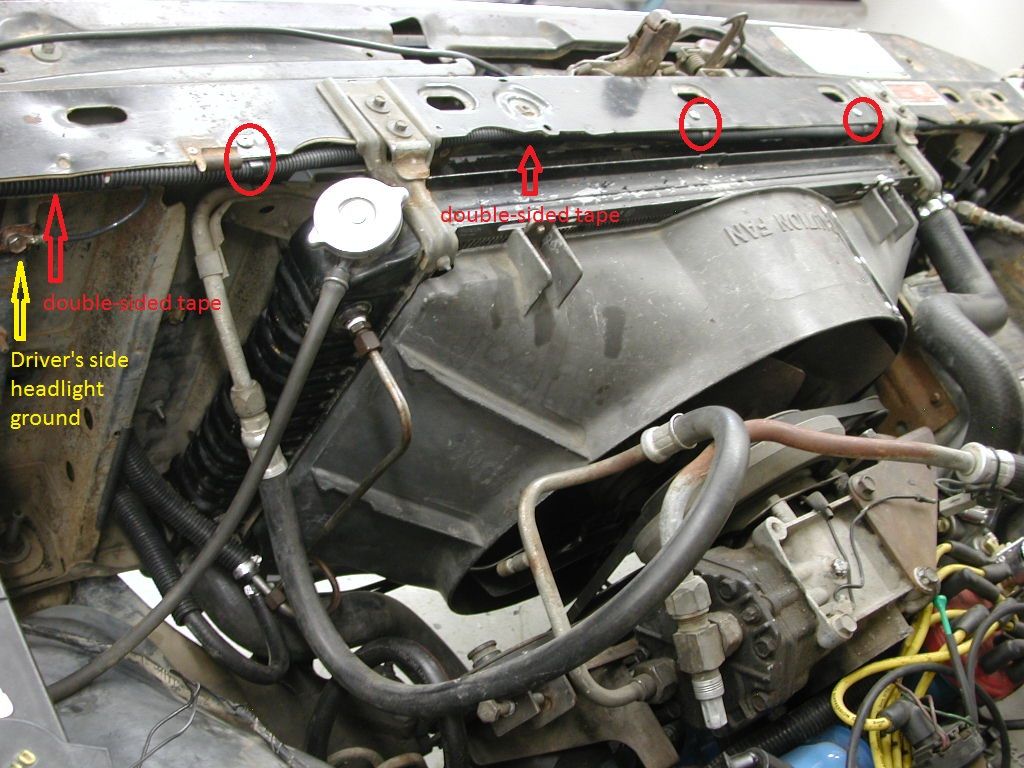 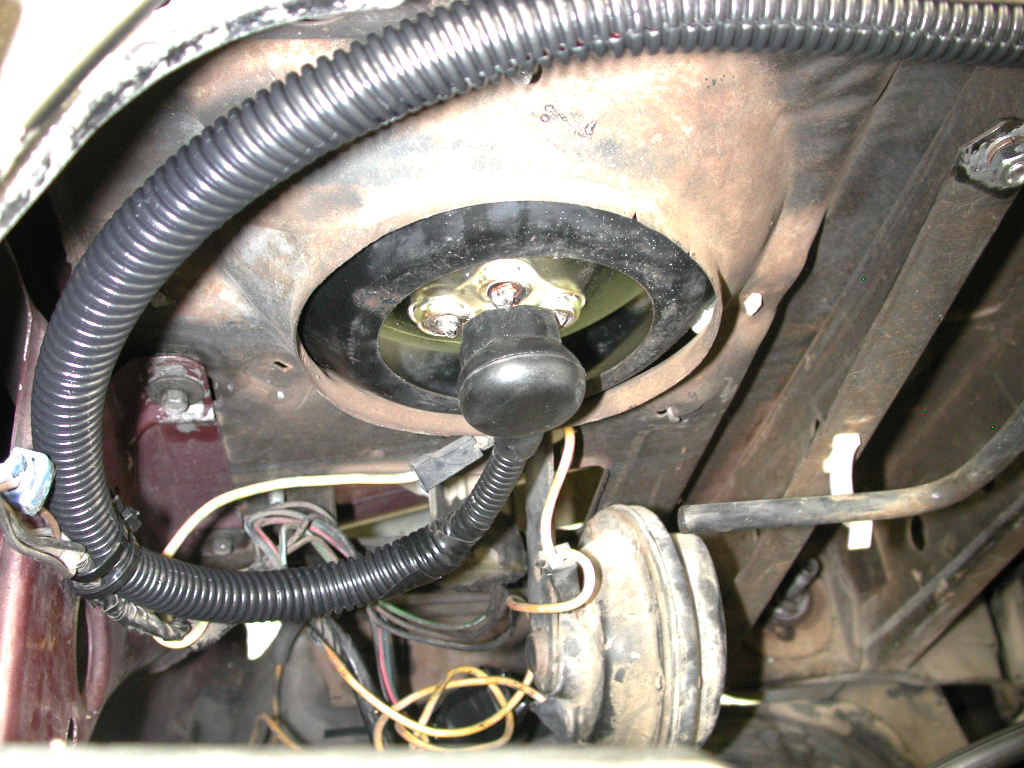